Tips for vacationers in Marmaris 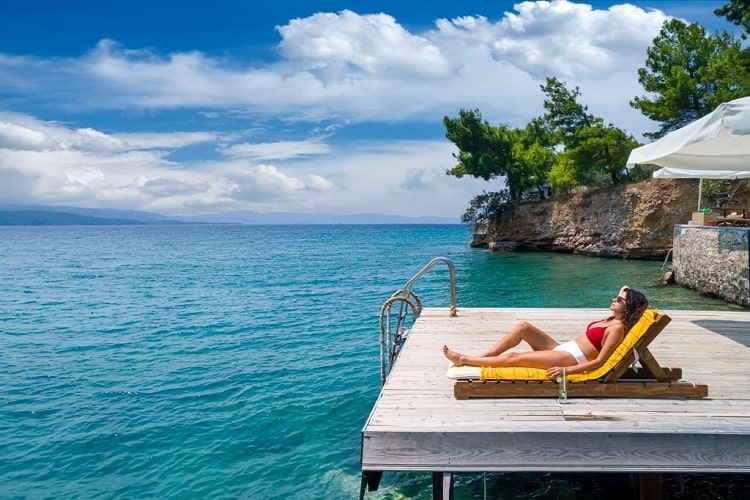 For the first time in Marmaris, tourists often find themselves stumped. Marmaris Travel Guide will really help you and you will already arrive with some useful tips and tricks. Let us tell the information that comes from travelers visiting the city.

To stop dolmush, you just need to raise your hand, but often dolmush stop themselves. It is enough to go inside and pay the driver, and you can start your journey.

Also, if you want to go on a trip to Datca, Gokova Beach, Hisarönü or Turunc, you need to come to the Marmaris bus station, located on the outskirts of the city or rent a car.

If you want to travel further distances, you can choose among many bus companies and these companies will offer you services. In the northern part of Marmaris, next to the dancing fountains, there are ticket offices that also offer a free shuttle to the bus.

Taxi Marmaris you can recognize by the yellow color. The taximeter in the taxi shows the amount you need to pay and the price varies depending on the distance. But in any case, it is better to use local transport, as taxis are always expensive in resort towns.

Some of the hotels also do currency exchange, but the best place to do it is at the Exchange Bureau. Also in Marmaris there are a lot of ATMs for issuing cash. Foreign currency and credit cards are accepted, but Scottish Pounds that are torn or dirty will not be accepted. Banks and currency offices take up to 10% commission on the exchange amount for the exchange. Therefore, bringing them is not a good idea.

The tap water in Marmaris and Icmeler is chlorinated. Hence it is better to drink bottled water, which is available everywhere.

The voltage throughout Turkey is 220 volts. Sometimes in Marmaris and Icmeler overloads and power outages can happen. Most malls and administrative offices use generators during power outages. If you take electrical appliances with you, they will easily work from the mains.

Private and city clinics are available in both Marmaris and Icmeler. There are three hospitals in Marmaris where doctors and dentists can speak English. You will have to pay for each visit to the doctor and payment for medical care can only be approved when you return home. Therefore, from the moment you arrive in Turkey and throughout your stay in Turkey, you must have a medical insurance policy with you.

With a rich selection of artisan goods and traditional products, Turkey is presented as a paradise for shopaholics. Shopping areas start from modern boutiques, bazaars and souvenir shops. Turkey is famous for carpets, handicrafts, ceramics, fine jewelry, various metal products and high quality forged products. Only one difficulty arises when shopping in Marmaris is the difficulty of choosing from hundreds of tempting offers. We also advise you to keep all receipts and receipts of purchased goods. In this case, you can always contact your local police station or consumer protection department.

Telephone sets are everywhere in Turkey.
To use the device, you need to buy a card with the required number of units for a call. A local phone number without a country code contains 7 digits and in order to make a call you just need to dial the number consisting of seven digits.

If you want to call outside the country, you need to know the country code, consisting of three digits, prefixed with 0 before this code. In this case, you will get an 11-digit phone number for calling outside of Turkey.

Internet services are available mainly in the old part of the city and most hotels. Some of the cafes and restaurants provide wireless Internet access. The “Netpass cards” required to activate the Internet on your devices can be purchased at a nominal cost.

The temperature in Turkey in August can reach up to 45°. The high SPF of sunscreen will protect your skin. You also need to sunbathe gradually, because strong exposure can lead to illness. Drink more water to prevent dehydration. Children should be protected from the sun with hats and provided with plenty of drinking water.

Turkey is a predominantly Muslim country, but alcoholic beverages are in most cases readily available in liquor stores and supermarkets. Bars stay open until late at night, and there are places where alcohol parties go on until the early hours of the morning. Most Turks do not drink alcohol in public or behave indecently in public under the influence of alcohol. However, you must be at least 18 years of age to purchase or consume alcoholic beverages. If the seller suspects that you are a minor, documents such as a passport or driver’s license may be used to show proof of age when purchasing alcoholic beverages.

While a high level of hygiene is maintained in most places, high temperatures, humidity, and cases of food poisoning can cause diarrhea for some travelers. Travelers are advised to practice safe eating and drinking habits and pay more attention to personal hygiene. Strictly practice handwashing after going to the toilet and especially before you eat anything. Always follow food and drink safety tips to protect yourself from any infections.

Always eat freshly cooked and well-washed foods, if you have a habit of eating food while it is hot, that’s even better;
Prefer to eat fresh fruits that you peel yourself, rather than already peeled fruits;
Use only pasteurized milk and dairy products, and check if products such as ice cream are made using pasteurized milk;
Never eat unwashed foods that have already cooled down;
Always drink protected and bottled drinking water;
Do not brush your teeth with contaminated water;
Make sure the ice you use is made using safe and sterilized water;
Always check the labels of the products you buy and avoid products you are allergic to;
Make sure the place where you have been is kept clean and places like bathrooms, toilets, washbasins are of the highest standard of sanitation, etc. Think sensibly and be vigilant, in this case, nothing will spoil your vacation in Turkey.

Mosquitoes in Turkey are quite annoying, but there are also very rare cases of malaria. For a comfortable sleep (especially when you have a night out on the open deck of the yacht), it is recommended to bring a proven mosquito repellent with you.

We hope Marmaris Travel Guide will help you enjoy your holiday in Marmaris and its surroundings.

We have prepared 10 facts about Marmaris in detail for you!

1-) Marmaris is located on a peninsula in a small but very colorful bay, the wealth of which is greenery, mountains, forests and the blue sea, 110 km from the city of Dalaman, where two seas meet – the Mediterranean and the Aegean.

2-) The exact time of the founding of Marmaris is unknown, but according to the legends of this small fishing village, it already existed in the sixth century BC.

3-) The harbor of Marmaris forms a semicircle and well protects the city beaches from the winds, and the entrance to the water is gentle and convenient even for small children. That is why, as a rule, the sea is calm here.

4-) From Marmaris you can go on dozens of exciting excursions , and the city itself has a special warm and relaxed atmosphere.

5-) This versatile resort is very popular with young people for economical accommodation and many nightclubs.

6-) In the VI century BC. the city bore the name of Fiscos . It so happened that Marmaris has always been a very important historical place, so the city had to endure many attacks and conquests. Among them were Alexander the Great, and the Byzantines, and the Persians, and the Seljuk crusaders, and finally the Ottomans. It was during the reign of Sultan Suleiman that the city began to flourish, he breathed new life into it, a new history, which is kept in the name of the city to this day.

7-) Here is the largest harbor on the entire Aegean coast, capable of accommodating up to a thousand ships, and the city itself is one of the main yacht centers, ports of Turkey. Therefore, a huge number of yachts in the port belong to foreign citizens who purchase real estate and keep their yachts in the indescribable beauty of the bay called Marmaris.

9-) The only evidence of the past of Marmaris is the 14th century fortress built during the heyday of the Ottoman Empire.

10-) Here Jacques-Yves Cousteau filmed one of the episodes of his famous “Underwater Odyssey”.