BOOK THE MOST POPULAR TOURS AND ACTIVITIES IN ISTANBUL 2022

Here with us you will find the most popular excursions, excursions, tour tickets, attractions and activities that we offer in Istanbul in 2022.

There are few cities in the world as pleasant to experience and enjoy as Istanbul. Istanbul is a magical composition of two continents. And above all, the Bosphorus on Istanbuler Strasse will cheer up your hearts. Istanbul is not only Turkey’s largest and most popular city, but also Turkey’s largest cultural and financial center. Istanbul is considered to be the bridge that connects Asia with Europe culturally and geographically.

To get to know Istanbul better Onlineexcursions.com offers you the best available trips & activities in Istanbul in 2022. Our team has many years of experience in tourism. It is very important to us that our guests feel comfortable and welcome with us. We are a local travel agency that knows and loves our destination very well. Quality is very important to us – we want to offer our guests the best possible service. We continuously improve our service according to the needs and feedback of our guests. We offer you an unforgettable holiday in Istanbul this summer. 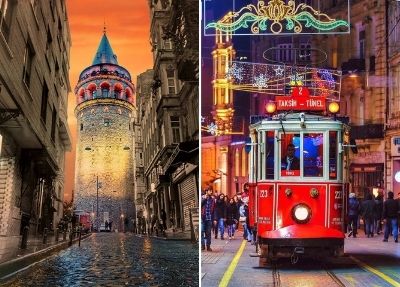 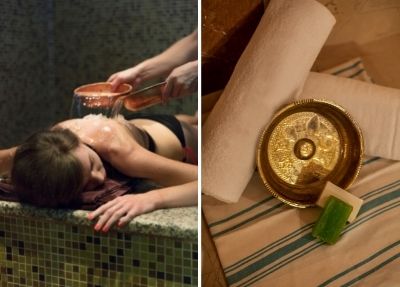 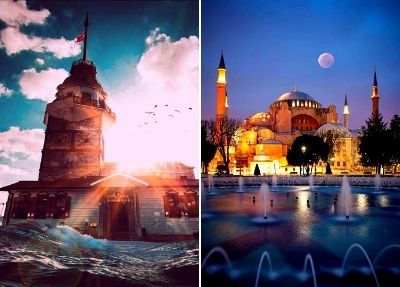 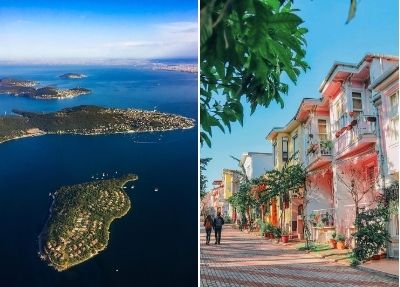 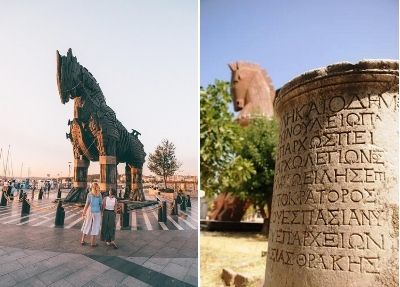 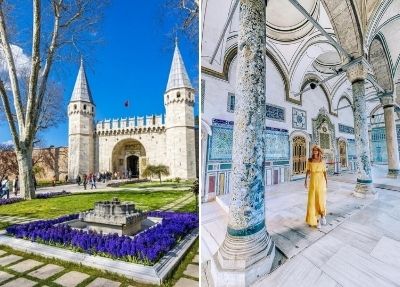 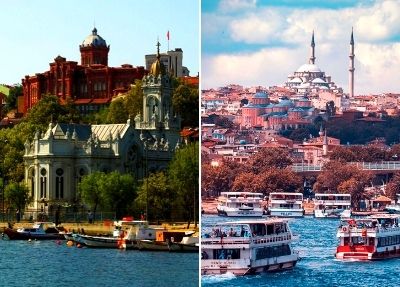 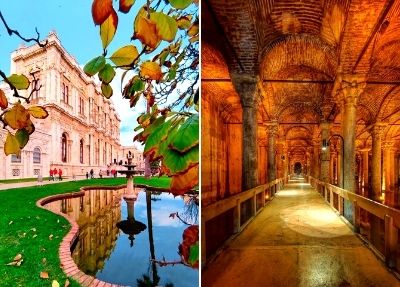 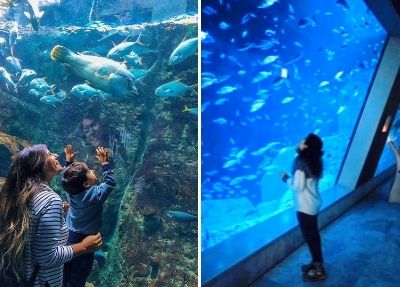 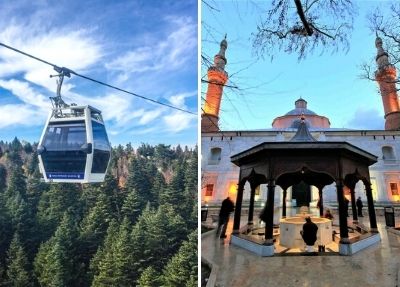 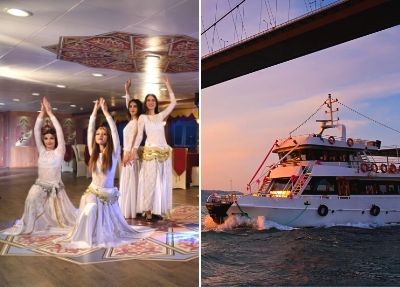 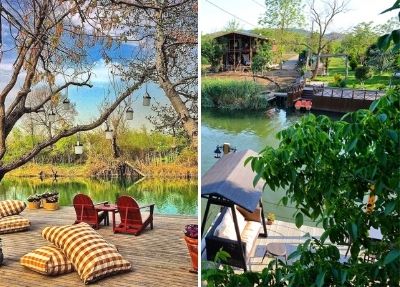 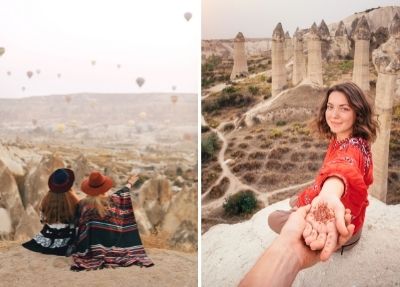 2 Days Trip To Cappadocia From Istanbul By Bus 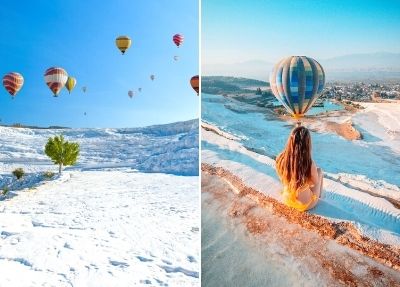 Sightseeing, tours and attractions in Istanbul

If you’re planning a trip to Istanbul, you’ve come to the right place! Istanbul is one of the most unique travel destinations in the world. It is also one of the most popular tourism centers in Turkey , visited by hundreds of thousands of tourists from all over the world every year. Istanbul is a region characterized by historical and cultural heritage.

The best way to explore and admire its beauty is with a guided Istanbul tour, because only with the help of a professional guide can you be sure not to miss anything important. There are several regular daily sights and attractions in Istanbul, the most popular being the Golden Horn Bosphorus Boat Tour, Princes Islands Boat Tour and Istanbul Two Continents Tour.

When visiting this vibrant metropolis, be sure to experience a Bosphorus cruise and visit famous landmarks such as Hagia Sophia, Blue Mosque and Topkapi Palace. Here with us you can find the best offers for the most popular and beautiful tours, attractions, excursions, leisure activities, trips and all day trips around Istanbul.

THE MOST POPULAR EXCURSIONS AND TOURS IN ISTANBUL

Istanbul is one of the most popular destinations in Turkey!

Poets from different eras wrote legends about Istanbul. Istanbul is admired, Istanbul is idolized, you fall in love with Istanbul at first sight. The long-suffering city, constantly changing its appearance, passed from one faith to another – which clearly affected what appears before our eyes today.

Spread across two continents at once, Istanbul was imbued with the peculiarities of European culture and absorbed all the oriental flavor of Asia. The mighty Bosphorus separates the two parts of a single Istanbul, like a sharp dagger, cutting Istanbul life in two. The bridge over the Bosphorus has become a key link in the communication between Europe and Asia, and every day hundreds of ships run from east to west and back, allowing their passengers to feel the authenticity of modern Istanbul.

It all started with the great Byzantium – then Constantinople had already begun to gain mighty glory throughout the world. Even today, centuries later, you can walk along the path of the Byzantine Empire and enjoy the charm of the preserved churches and temples throughout the city. It is noteworthy that with the advent of the new government, Byzantium was not wiped off the face of Constantinople – the city was not destroyed and rebuilt from scratch – many buildings found their new purpose and reached the present in a very good condition.

The key role in the heyday of Istanbul, of course, belongs to the Ottomans. With the capture of Constantinople and the arrival of the Ottomans in the city, a new era began in the life of the entire city. Old buildings were quickly replaced by new ones, and with the transfer of the capital to Constantinople, the residences of the sultans began to be rebuilt with great effort. The magnificent Topkapi Palace, the luxurious Dolmabahce are the bright symbols of Istanbul and living proof of the greatness of the Ottoman Empire. The mosques of Istanbul are examples of Muslim architecture and outstanding buildings on the planet. Erected by the orders of the Ottoman sultans, wanting to surpass their predecessors, the sultans bestowed Istanbul with the heritage of a Muslim state, which today cause no less admiration, as they did hundreds of years ago.

Istanbul today is one of the largest cities in Turkey. A metropolis with a population of 15.5 million people, where life does not stop even for a second. Residential areas, historical centers, squares for entertainment and relaxation – today people from all over the world flock to Istanbul to try a piece of the sweet Istanbul life.

Onex offers you a huge variety of excursions, we will help you choose or organize your tour. With us your vacation will be comfortable and unforgettable!

Everyone will find entertainment to their liking. Extreme entertainment, calm and measured pastime or wellness treatments – we will satisfy the desires and needs of everyone.

All our excursions take place on comfortable buses, accompanied by a English-speaking guide. The choice depends only on your interests and preferences!

Book with Onex, trust us with the organization of your holiday and we will make sure that your holiday is interesting and bright! You can find and book tours on our website at the lowest prices. Onex takes care of you, providing a high level of comfort.