When you book with an account, you will be able to track your payment status, track the confirmation and you can also rate the tour after you finished the tour.
Sign Up
1431

Would you like to visit unspoilt Antalya? To see the very first buildings of this city, an old pier, waterfalls… To rise to a height of 605 meters and have a cup of coffee and see Antalya at a glance? If the answer is yes, then Antalya City Tour is what you need!

Antalya Sightseeing City Tour will show you a very different Antalya. You will visit the historic center of the coastal city of Antalya. In the old town you will see a variety of medieval buildings, old churches and mosques. Buildings from the Roman Empire, the remains of Byzantine churches and the legacy of the Ottoman Empire – literally everything here is saturated with the spirit of antiquity. You will walk through the beautiful narrow streets of the old town and see how different eras and styles have combined to create a unique picturesque city. A beautiful view of the old marina opens from the old town, from which you can take a short boat ride to see how beautiful Antalya is from the sea.

You will watch the streams of the Duden Waterfall cascading down into the Mediterranean Sea from a 40 meter high cliff. At specially equipped locations near the waterfall, you will have the opportunity to take wonderful photos. Near the Duden Waterfall, visit the beautiful eponymous park “Duden Wasserfall”, located on a cliff with a fantastic view of the Mediterranean Sea. This beautiful park has recreation areas, sound benches in the form of books, and playgrounds.

You will enjoy watching the waters of the Upper Duden Falls fall from the cliff from the ancient caves. You can explore ancient tombs carved into the rocks under the waterfall and stroll through the green grove of Düdenbashi.

Embark on a breathtaking cable car ride up Mount Tünektepe. From a height of 605 meters you can see all the beauty of Antalya like in the palm of your hand.

With this excursion you will see the most beautiful places in the city of Antalya in one day and take many beautiful photos. Antalya City Tour will be an unforgettable day in your life!

Would you like to join another excursion in Antalya? Check out Antalya City Tour with Waterfalls and Cable Car.

Antalya City Tour Program is a classic tour that covers you to the most beautiful places and main attractions of the city of Antalya. You will be amazed by the majestic Duden Waterfalls, formed by the Duden River, which starts about 30 km from Antalya and is formed by the confluence of several underground rivers from high mountains.

A walk in the park near the lower Düden falls overlooking the Mediterranean Sea will give you unforgettable feelings. You walk through the fabulous caves of the old karst channel of the Upper Duden Falls.

After that, you will take the cable car to the 605 meter high Tunektepe Mountain. From this mountain, a beautiful observation deck opens to the beautiful city of Antalya and the city of Kemer.

The beautiful old town and its small cozy streets will surprise you with its architecture from different eras.
From the old pier near the fortress of the old town, you can take an exciting tour of the Mediterranean Sea and see the beautiful waterfalls and amazing cliffs of Antalya.

Your amazing excursion will start between 8:30am and 9:30am when a comfortable bus will arrive at your hotel location and you will embark on an unforgettable journey through the city of Antalya.

The soothing sound of water falling from the rocks near Duden Waterfall is just one of the everyday things you will see on Antalya Sightseeing Tour. To enjoy a cool day in Antalya and see the wonder of nature, you need to go to the Düdenbashi region (10 km north of the city center), where the old riverbed begins and the Upper Düden waterfall is located. Dudenbashi is not just a waterfall. Green nature, the sound of streams and falling water create a truly corner of paradise. A narrow staircase takes you into a fabulous cave from which the Upper Duden Falls (also known as Alexander the GreatIf) show their best sides. Under the waterfall you will see ancient tombs carved into the rocks. Watching the waterfall from the cave and the green landscape will leave you amazed. You have 45 minutes to walk and take beautiful photos. Cozy picnic areas are located next to this beautiful waterfall.

The word Duden means a hole that receives water springs. Starting from Düdenbashi, the Düden river divides into many streams. After a short walk, they converge, forming the Biyikli pothole and disappearing into it. Some of these potholes can be large enough to span an entire river and lake. After passing 3 km underground, they reappear on the surface and finally amazing water clouds fall from the east side of Antalya’s travertine with a height of more than 40 meters into the Mediterranean Sea, forming a fantastically beautiful waterfall called Lower Duden Falls.

The panorama of the Lower Duden waterfall looks like a picture from the viewing terrace of a beautiful green park located right on the rocks near the waterfall. You can take incredible photos against the backdrop of a powerful waterfall rushing into the endless sea.

The Lower Duden Falls are considered the largest waterfall in the world, the water of which flows directly into the sea.

You have 30 minutes to stroll through the beautiful “Duden” park with fountains and artificial waterfalls, take beautiful photos against the backdrop of the incredible Duden waterfall and sit on a sound bench overlooking the endless blue Mediterranean Sea. The park is equipped with recreation areas and playgrounds.

You will visit one of the main attractions of Antalya – Mount Tunektepe. A brand new cable car launched in 2017 connects Tünektepe Mountain to the Sarisu area on the outskirts of Antalya. ( Only on tuesday and friday tour )

The length of the cable car from Sarisu to Tunektepe is 1706 meters. The ascent takes about 10 minutes. The usual occupancy of the stand is 4 people. The cable car consists of 36 cabins, from whose panoramic windows you can admire the view of Antalya and the Mediterranean Sea up to the top of the mountain. The beauty of the surrounding countryside is mesmerizing. You will feel the delicate aromas of pine needles and fill your chest with fresh sea air. Even before you reach the summit, hold your breath as you take in the breathtaking views.

You have 20 minutes to relax and enjoy the breathtaking city, sea and mountain views, breathe in the scent of the coniferous forest and take beautiful photos against the background of a panoramic view of Antalya and the Mediterranean Sea.

In summer, the weather in Antalya is quite hot, it can reach 45 ° C, but if you climb to the top of the mountain, you will feel pleasantly low humidity and gentle coolness.

The cable car is the best way to enjoy views of different parts of the city. Don’t miss this great opportunity and enjoy the wonderful views of the Mediterranean Sea. Antalya’s natural environment is magnificent and we encourage you to take every opportunity to enjoy it.

Visit a classic Turkish restaurant and taste traditional Turkish cuisine to recharge your batteries and continue your exciting excursion. This restaurant serves the best kebab in the region.

Then stroll through the beautiful, cozy streets of the old town of Kaleici, on the site of which the very first Antalya was built.

In ancient times, when Antalya was in the land of Panfilia, it was considered the home of the gods and was called “the land of all tribes”. In the II century BC King of Pergamon Attalus ordered his people to find “heaven on earth”. During the search they ended up in these lands and, amazed by the incredible beauty of nature and fertile climate, decided that this is a real paradise on earth. King Attalos decided to found a city on this site, which he named “Attalea”, from which the city’s modern name derives.

Here you can find architectural elements from different historical eras in different parts of the country – buildings from the Roman Empire period, the remains of Byzantine churches and the legacy of the Ottoman Empire.

Antalya’s old town has many well-preserved historical sights, such as the old madrasah building, the Whirling Dervishes (Mevlevihan) monastery and two tombstones (of the wife of the Ottoman Sultan Bayazid II and the Turkmen Emir Mehmet Bey). The Iskele Mosque, Kesik Minaret and Hadrian’s Gate were built to commemorate the visit of the Roman Emperor Hadrian in AD 130. On the sides of these gates there is a monumental arch delimited by two large towers, with a very beautiful cornice above the portal. Previously, the arch was completely tiled with marble. The imperial coat of arms is well preserved on the left side of the arch. You will see many ancient ruins as well as Seljuk and Ottoman buildings.

In the beautiful old town of Kaleici, it is forbidden to demolish old buildings and build new ones. Old buildings can be restored here according to their original appearance. Therefore, walking along cozy narrow stone streets with incredibly beautiful old houses gives you incredible aesthetic pleasure.

The old town of Kaleici offers a beautiful view of the old marina. From this marina you take a small cruise in the Mediterranean Sea. You will be able to see the incredible landscapes of Antalya from the sea, you will be amazed by the immovable rocks and the powerful Duden waterfall.

The yacht excursion lasts 45 minutes. You will have the opportunity to watch the falling water of the waterfall and take many stunning photos of the Mediterranean Sea.

After the boat ride, you will have 1-1.5 hours to explore the old town and see its architecture.

After exploring the wonderful old town full of positive emotions from the past day, come to the old bell tower in Kaleici. A comfortable bus will be waiting for you there to take you back to your hotel at 6:00 p.m.

Which places will you visit on the sightseeing tour in Antalya?

What should you take with you on Antalya city tour?

When sightseeing in Antalya, we recommend that you bring money for personal expenses and a camera, as there are many places to take nice photos during the tour.

How long is a sightseeing tour in Antalya?

Sightseeing tour in Antalya starts between 8:30-9:30 a.m., a comfortable bus will pick you up from the hotel and you will be brought back at 6:00 p.m. The whole tour takes about 9 hours.

How much does Antalya City Tour price? 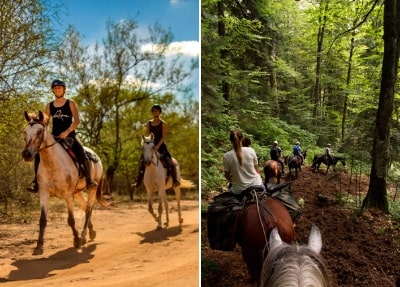 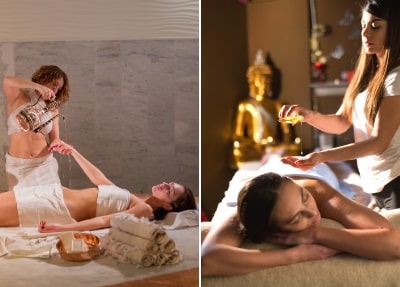