When you book with an account, you will be able to track your payment status, track the confirmation and you can also rate the tour after you finished the tour.
Sign Up
591

Would you like to spend a wonderful, memorable day with the whole family? To get acquainted with the most peaceful and friendly mammals of our planet? Then a trip to Antalya Dolphin Show will be the best decision you have ever made!

A trip to Antalya Dolphinarium is an interesting and informative adventure. With the whole family you can spend an unforgettable day full of bright emotions and good mood. You will see a fascinating show prepared for you by maritime artists. During the show program, you will see the performance of friendly dolphins, cute and funny fur seals, as well as a rare species of whales – beluga whales. High and synchronized pool jumps, fun ball games and hoops, catch-up games and many other entertainments will delight you. You will get great pleasure from visiting the Dolphinarium.

Your kids will love the show too. They will be able not only to look at marine artists, but also get to know them better. In Antalya Dolphinarium you can stroke, feed them, and take wonderful photos as a memory of the trip. Communication with dolphins will certainly benefit your kids, because it has long been known that dolphins have a huge impact on human health and emotional state.

A distinctive feature of the Dolphinarium in Antalya is that wherever you are, you will have a good view of the action taking place in the pool, so you can enjoy it to the fullest.

A visit to the Dolphin Show in Antalya will definitely please you and will be remembered for a long time. And communication with the smartest and most friendly creatures of the marine fauna – dolphins will give you a lot of positive emotions!

Would you like to join another excursion in Antalya? Check out Antalya Diving Tour.

Your most interesting journey to one of the best dolphinariums in Turkey will begin with the fact that comfortable transport will pick you up at approximately 12:30 from your hotel. You will see a wonderful performance in which not only dolphins themselves will take part, but also fur seals, even a white whale.

You can not only see a grandiose show performed by maritime artists, but also get to know them better, feed them or take memorable photos. After visiting the Dolphinarium, you will be transferred back to your hotel around 17:00.

Dolphins are members of the marine mammal family. These funny animals are actually some of the friendliest and smartest creatures on the planet. And, despite the fact that they live in the water, they are much closer to people than it seems. The dolphin is a warm-blooded animal and, unlike other fish, does not spawn, but gives birth to young and feeds them with milk. His body does not have scales and is covered with smooth and delicate skin. And the brain is very developed and has more convolutions than in humans.

Dolphins communicate using sound signals, it is known that there are more than 14,000 species of them. You will be surprised, but each dolphin is given a name at birth, and it remains with him for life. You will be amazed by their phenomenal speed of movement in the water, this is still a mystery to scientists. It’s no secret that dolphins have the ability to heal people from various diseases. In many countries, studies of the influence of dolphins on humans have been carried out, there is even a concept – dolphin therapy.

Fur seals are representatives of the seal family. These are absolutely cute and harmless creatures that lend themselves well to training. Their body is covered with wool, which allows them to never freeze. Like ordinary cats, they have whiskers (vibrissae) that help them pick up even the slightest vibration in the water. Thanks to them, even in complete darkness, fur seals are by no means blind. The weight of the smallest cat is about 30 kg, and the largest reaches a size 10 times larger. You will love these funny animals. On land, they are quite clumsy, but in the water they can develop tremendous speed. And they can dive to a depth of 150-200 meters.

The beluga whale is an amazing animal, a species of whale from the narwhal family. You will be amazed by their ability to express emotions through facial expressions. They are the only members of the species capable of doing this. At the same time, these animals are very dexterous and can swim on their backs and even backwards. Like dolphins, beluga whales do not have scales and are covered in skin. The thickness of their skin is about 15 mm, which allows them to protect themselves when swimming among the ice. You will be surprised, but belugas cubs are born dark blue, and they become white already at the age of 3-5 years.

A rather rich show program awaits you. Sea animals in the Antalya Dolphinarium are distinguished by a high level of training. You will see the traditional high jumps and through the rings, the dolphins will be happy to play ball with you, as well as basketball. Under incendiary and cheerful music, a real sea disco performed by its inhabitants awaits you. Dolphins will definitely show you how they know musical notation, as well as their skills in painting. They will paint an impressive picture, which, if desired, you can purchase. You will enjoy their race swimming around the pool and synchronized jumps.

A trip to Antalya Dolphinarium will be a great way to spend time with children. Little guests will be happy to communicate with the inhabitants of the marine world. After all, communication with them positively affects the emotional development of children. Next to the dolphins, children feel much calmer, and their performance will be able to immerse the kids in the atmosphere of a miracle. Performing various tricks, they will give positive emotions not only to children, but also to adults.

What is included in the price of Dolphinarium - Dolphin Park in Antalya?

The cost of Dolphinarium – Dolphin Park in Antalya includes transfer from your hotel and back, insurance and entrance ticket.

How long does the Dolphinarium - Dolphin Park in Antalya last?

Dolphinarium Tour in Antalya is from 12.30pm to 5.00pm. The total tour time is approximately 4.5 hours.

How much is the Dolphinarium - Dolphin Park in Antalya?

Are dolphins people friendly in Belek?

dolphins The most popular of all marine species on the Gulf Coast is the bottlenose dolphin! Not only are dolphins one of the smartest and happiest creatures on earth, and dolphins are very friendly to humans 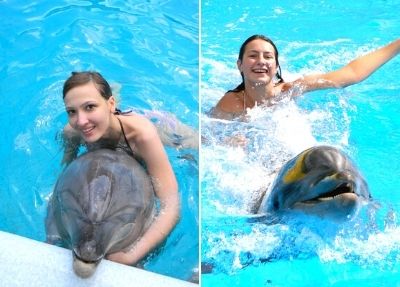 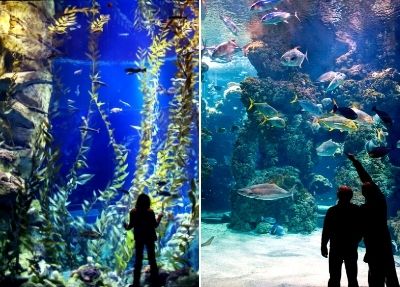