When you book with an account, you will be able to track your payment status, track the confirmation and you can also rate the tour after you finished the tour.
Sign Up
487

Did you know that swimming with dolphins is not only a pleasant pastime but also real therapy? Would you like to spend a day with these friendly creatures? Swim with them, create new emotions and even increase your well-being? Then Kemer Swimming with Dolphins offers you such an opportunity!

You will travel to the amazing dolphin habitat in Kemer. In the dolphinarium you can see a show program with dolphins and seals under the guidance of experienced trainers. The spectator seats are positioned in such a way that you can see the entire pool and don’t miss a thing.

The depth of the pool itself is more than five meters, and the walls are transparent. Children will be delighted when they see the performance of sea artists. Graceful jumps out of the water, ball games, hoop tricks, interaction with the audience – all of this excites even the strictest of audiences. And cute seals walk on flippers, hit balls and clap themselves.

But by far the most anticipated event of the day will be swimming with dolphins. Communicating with these unique creatures has the most positive effect on a person. Even in a short time of interacting with dolphins, you will get vivid impressions and feel better physically as these creatures are friendly and approachable towards humans. Due to their high intellectual abilities, they are outgoing and show playful behavior. You will be amazed at how well dolphins interact with people using non-verbal techniques.

Kemer Swimming with Dolphins will bring you joy every moment. And the extraordinary atmosphere and impressions of the day in the company of sea creatures in Kemer will remain in your and your loved ones’ memories for a long time.

Would you like to join another excursion in Kemer? Check out Kemer Dolphin Show.

In the morning, after breakfast, a comfortable bus will arrive at the hotel and take you to the dolphinarium. Inside you can take a seat in comfortable seats and get ready for a unique show. Playful dolphins, funny seals, sea lions and funny beluga whales will appear in front of you.

During the performance, you’ll take rare shots and afterwards you’ll have the opportunity to take pictures with the animals and feed them. You will be impressed by the energetic show accompanied by incendiary music, and swimming with dolphins afterwards will lift your spirits to the max. After the show at around 5:30 p.m., a bus will pick you up and take you to the hotel.

If you are a little bored with beach vacations, a trip to the Kemer Dolphinarium will diversify your trip and give you new impressions. The show program is rich and changes every year, so if you come a second time you will see many new elements.

Before the show begins, learn interesting facts about the life and habits of the sea creatures. All the animals in the dolphinarium are highly trained and can do incredible tricks: beautiful high jumps out of the pool, ball games, synchronized swimming and even couple dances to music. Dolphins also sing and draw pictures, which you can purchase if you wish. Seals don’t let boredom arise and surprise with their skills and the beluga whale – with its spectacle.

Dolphins are the only creatures on earth whose intelligence is comparable to that of a human. They know how to communicate, make sounds with different intonations and pass on information to their relatives, forming complete sentences. These peaceful mammals can chirp, whistle, click and even bark. And since their intelligence is highly developed, their behavior is more than just instinct.

They communicate in packs, can warn each other of dangers, ask for help or show the way. Due to their curiosity, dolphins often accompany ships and vessels on the route, jumping out of the water and studying new objects. In addition to curiosity, they have boundless kindness: in the history of mankind there have been many cases when dolphins swam for people in the water after a shipwreck and rescued them to swim to shore.

They are smart and friendly creatures that are positively disposed to communicate with humans. And their sociability and curiosity have a positive effect not only on human consciousness, but also on well-being. You will be happy to get to know them so closely, because you can not only watch the performance from a distance, but also touch, stroke and swim together.

Swimming with trained bottlenose dolphins is good for children and adults and is a real pleasure. There is even a special therapy for children with neurological diseases, in which the animals act as mentors to help them move in the water. This makes the children feel supported, treated with dolphins after swimming and on the mend.

If you have never done anything like this, you must seize the unique opportunity to swim with dolphins in the pool, pet them, hear unusual sounds and have this new experience. Received memories and feelings are incomparable. After the show and the swim you will feel energized. In the evening, the transfer will bring you back to the hotel.

What is included in the price of swimming with dolphins in Kemer?

Swim with dolphins in Kemer tour price includes transfer from your hotel and back, insurance, and swimming with dolphins.

Are the people friendly to swim with a dolphin in Kemer?

Swimming with a dolphin in Kemer is very people friendly. The most popular of all marine species on the Gulf Coast is the bottlenose dolphin! Not only are dolphins one of the smartest and happiest creatures on earth, and dolphins are very friendly to humans

How much does it cost to swim with dolphins in Kemer?

The price for swimming with dolphins in Kemer with pick-up service is 90 euros per person.

How long does it take to swim with dolphins in Kemer?

Swimming with dolphins in Kemer takes place from 12.30 to 17.00. The total tour time is approximately 4.5 hours. 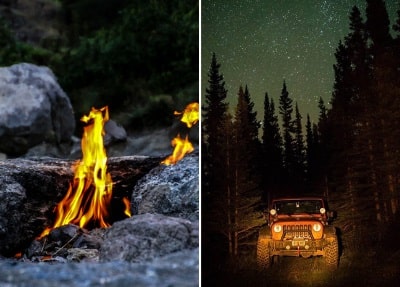 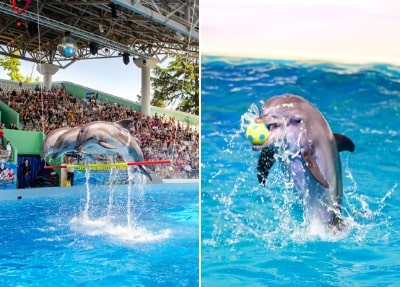