When you book with an account, you will be able to track your payment status, track the confirmation and you can also rate the tour after you finished the tour.
Sign Up
307
Online Excursions > Side Hot Air Balloon Tour ( Pamukkale )

On a comfortable minibus you will be delivered to the place of take-off of balloons. Because of the wind parameters, it is always in different places. You can even see how the balloon is prepared for flight.

The rise on the ball is performed smoothly, taking into account all safety requirements. You will rise to about one kilometer above the ground and will sometimes drop low in places of interest to get a closer look at them. The balloon flies with the wind, so your route will be chosen by nature.

Your air ride among dozens of colorful balloons will last approximately 1 hour. On the ground, you will be awarded a balloonist certificate and offered to celebrate this event with a glass of champagne.

If you wish, you can visit a unique natural attraction – Pamukkale, which you will see from a height. You will certainly be amazed by the beauty and dazzling brilliance of snow-white terraced bathtubs arranged in a cascade. There are no analogues to this amazing place. Only here there are 17 springs with mineral water at once and an incredibly healthy climate reigns.

Pamukkale is famous all over the world for its healing waters, because it is useful for various ailments and helps fight rickets, disorders of the musculoskeletal system, heart and gastrointestinal tract diseases, skin diseases, and also perfectly relieves fatigue and stress.

You will see the ancient city of Hierapolis, built in the 2nd millennium BC. After several earthquakes, it was repeatedly restored and rebuilt. You will have a good view of the significant sights of Hierapolis – the temple of Apollo and Plutonius, the ancient Necropolis and the ruins of the amphitheater.

By choosing the Pamukkale Hot Air Balloon tour, you will soar over incredible landscapes and enjoy amazing views of snow-white cascading terraces with turquoise water and significant historical sites. You will feel the incredible atmosphere of this fabulous place and leave pleasant memories of these moments in your memory.

Price List for Hot Air Balloon Tour from Side 2022

Hot Air Balloon Tour From Side

Truly one of the main natural wonders of Pamukkale is the Cleopatra pool. It is famous for the healing properties of its waters, which are saturated with minerals.

Their high concentration has a beneficial effect on people suffering from diseases of the musculoskeletal system, overweight and skin diseases.

In addition, the water of the Cleopatra pool in Pamukkale has a rejuvenating effect! So, if you want to lose ten years, you are welcome. By the way, the water temperature in this pool can reach 36 degrees.

High mineralization makes the water slightly carbonated, which creates a very pleasant bathing experience. But there are also restrictions: you can’t swim in the pool for more than 2 hours – you can harm your health.

The ancient city of Hierapolis

Since ancient times, the city of Hierapolis has been known for its healing springs. Many people came here who, having learned the healing properties of calcium water, hoped to improve their health.

During the heyday of the Roman Empire, the population of Hierapolis exceeded 100 thousand people, which allowed this city to be considered one of the largest in Asia Minor.

Unfortunately, today only ruins remain of this great city. However, almost all Pamukkale tours from Kemer include a visit to this ancient monument, because in 1988 it was inscribed on the UNESCO World Heritage List!

It is unlikely that, in view of the above, anyone will be surprised by the fact that the ruins of Hierapolis have become a real Mecca for all those who are fond of history and archeology.

It was their efforts, with the assistance of the Turkish government, that a unique museum was created here, the funds of which are regularly replenished with various artifacts found during excavations on the site of the ancient city:

By the way, the museum itself is located in the building of the former Roman bath. And if you care about history, you simply must visit here!

Excursion to the Theater in Pamukkale

No less remarkable is the theater in Pamukkale, which is considered the third largest ancient monument of this type in Turkey.

During its heyday, this theater, which is almost 2000 years old, gathered an audience of fifteen thousand, which by the standards of that era was simply a colossal figure!

Necropolis (City of the Dead)

Much less exalted from a spiritual point of view, but equally valuable for historians and admirers of antiquity, is the ancient City of the Dead (Necropolis in Hierapolis).

This majestic place at one time served as a burial place for wealthy people, and it is notable for the fact that it is considered the largest necropolis in Asia Minor.

Church of Saint Philip in Pamukkale

Slightly younger than the monuments listed above, but no less interesting in terms of its historical significance, is an ancient church built in the 5th century in Hierapolis.

It was consecrated in honor of one of the twelve apostles – St. Philip, who in the first century was martyred at the hands of local pagans.

You may be one of those lucky ones! An excursion to Pamukkale from Kemer is a great chance to get in touch with, perhaps, the main natural attraction of Turkey, which has been legendary since ancient times. However, it will also be very beneficial for your health!

How long does a hot air balloon flight from Side to Pamukkale take?

Hot air balloon flight from Side to Pamukkale is from 22:00 to 14:00. Total tour time is approximately 16 hours.

What is included in the price of Side Balloon Tour?

How much is Side Hot Air Balloon Tour Ride Price?

The price for a hot air balloon ride Side is … Euro per person.

How long are hot air balloon rides in Pamukkale?

The average commercial hot air balloon flight in Pamukkale lasts between 1 and 2 hours. Of course, the longer you want to be in the air, the more money it will cost you. There are a handful of options that fly under an hour. There are many more options for longer hot air balloon rides. 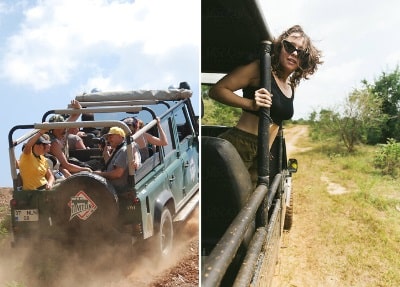 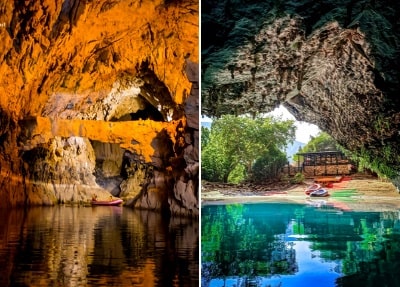