When you book with an account, you will be able to track your payment status, track the confirmation and you can also rate the tour after you finished the tour.
Sign Up
449
Online Excursions > Alanya Pirate Boat Trip

Would you like to join a pirate ship in Alanya? See the mysterious caves and swim in the turquoise bays of the Mediterranean Sea? On the “Alanya Pirate Boat Trip” you will have an exciting time in the spirit of piracy!

During the boat trip you will see the incredibly beautiful landscapes of Alanya coast. The mountain slopes covered with lush green vegetation, blue waves crashing against the rocks and the endless sea of ​​unimaginably beautiful turquoise color will fill you with a feeling of indescribable joy. You have the opportunity to swim in the crystal clear waters of the Mediterranean Sea. Various fish swim past you. And if you are lucky, you can see playful dolphins or wonderful turtles that live on the shores of Alanya.

You will go to Cleopatra Beach yourself. They say that in ancient times she personally brought sand to these shores from Egypt and created her own unique beach. Swim at the famous Queen Cleopatra beach.

Your pirate ship sets out to capture the fortress at Ulash Beach. While pirates besiege the walls of the fortress, you can relax and swim in the azure waters of the Mediterranean.

You will see the fabulous medieval Tersane Shipyard built in 1228 by Seljuk Sultan Aladdin Keykubatu I. This shipyard was built in the form of a fortress and in ancient times it was the place of repairing and building ships. And also performed a defensive function. You’ll hardly be able to catch it, but you can swim in the clear emerald waters near its shore.

Your visit to the mysterious Pirates’ Cave where, according to legend, pirates hid looted treasures and ammunition awaits you. You will also see the mysterious Cave of Lovers. It is covered with many romantic myths and legends.

Throughout the tour you will be entertained by the ship’s pirates. They will climb the caves and jump into the sea from the cliff, dance and treat you to strong Turkish tea.

With lively, energetic music, you’ll join a foam party on the pirate ship itself, surrounded by blue sea, mighty rocks and mountain slopes covered with coniferous vegetation and medieval buildings.

A boat trip in Alanya on a pirate ship is an unforgettable day full of joy and admiration!

Depending on the distance from your hotel, a comfortable bus will pick you up between 09:00 and 09:50. You will be taken to Alanya port where a stylized pirate ship will be waiting for you. On board the ship you will be welcomed by the captain and his crew with whom you will conquer the Mediterranean and unveil the mysteries of historical places.

During the tour, your ship makes several stops where you can swim in the picturesque bays and azure waters of the Mediterranean Sea. If you are lucky you can see dolphins frolicking in the water.

Your exciting journey begins between 09:00 and 09:50. A comfortable bus will pick you up from your hotel and you will be driven to Alanya seaport where your fabulous ship is waiting for you.

The boat you travel on is stylized in pirate style. This fabulous ship is not only incredibly beautiful but also as comfortable as can be. It has 3 floors, living areas, dining room, kitchen, bar, bathrooms, changing rooms, showers, sundecks and a spacious foam party area.

Cleopatra Beach is considered to be the most beautiful and cleanest beach in Turkey . This is a two-kilometer coastal zone consisting mainly of small pebbles and sand. The beach was awarded the blue flag for the perfectly clean coastal region.

A romantic legend is associated with this beach. They say Mark Antony gave this beach to the beautiful Queen Cleopatra. Winning the heart of a beauty is not an easy task. To impress the woman of his heart, Mark Antony filled this shore with sand brought from Egypt itself. This place became the Queen’s favorite resting place.

The sand is coarse enough not to heat up in the sun, and thanks to the small pebbles offshore, the water is always immaculately transparent. The entrance to the sea is shallow, so the beach is suitable for swimming with children. You have 30 minutes free time at this beach.

Ulash Beach is an equally beautiful beach of small pebbles and sand surrounded by rocks and green hills. On the territory of this beach are the ruins of an ancient fortress. The coastal zone is divided into two parts. A part belongs to the Emirgan Resort complex. On the territory of the complex there is a restaurant, a large area for picnics with tables and grills, a spacious parking area, toilets, a cafe and a shop. The coastal slopes of this complex are stylized as fortified walls. Dressing rooms are carved into the rock.

The second part of Ulash Beach is considered a public beach. Large 350 meter stretch of coastline set against a backdrop of incredible natural mountain scenery and a clear azure sea.

You will have 30 minutes free time to swim in this wonderful place.

To gain strength and energy to continue your adventures, the pirate ship crew will prepare a delicious lunch for you. Grilled chicken skewers, Turkish style spaghetti noodles and fresh vegetable salad are served in the ship’s dining area. For your lunch, you can choose your favorite non-alcoholic drink from the range offered in unlimited quantities at the ship’s bar. For an additional fee you can buy alcoholic beverages.

Tersane is a shipyard. It was the place of repair and building of ships in medieval times. It was built in 1228 by the Seljuk Sultan Aladdin Keykubat. His dream was to become a full master of the sea in this part of the Mediterranean. Therefore, he ordered the construction of this powerful shipyard, which also performed a defensive function. A mosque and a well were built at the entrance, administrative and utility rooms were located on the territory of the shipyard. And during the reign of the Roman Empire, the shipyard was a base for pirates.

Tersane Shipyard looks incredible from the sea. Its dimensions are impressive – 56 mx 44 m. Some galleries overlooking the sea reach a depth of 40 m. In those days, a whole fleet could hide there. Tersane is a prime example of Seljuk architecture. It is perfectly preserved. It was used for its intended purpose until the 1960s. Now it can be visited as a museum. Inside you can see models of medieval ships.

You have 30 minutes to swim in the turquoise waters near the historic site.

There are many historical sights in Alanya. One of them are the old pirate caves. They are well preserved and can only be reached by sea. You will visit one of the pirate caves where real pirates once kept stolen treasures, ammunition and even prisoners.

You will go to the mysterious cave of lovers. Many legends and legends are associated with it. One of the legends says that when a couple in love jump off the cliff near this cave, nothing can ever separate them.

The crew of your pirate ship will arrange a theatrical performance for you at Lovers’ Cave.

After a fun and exciting time, a real pirate foam party awaits you. To the sounds of incendiary music, celebrate the conquest of Alanya coast and its medieval fortresses!
At the ship’s bar you can have your favorite non-alcoholic beverage in unlimited quantities and alcoholic beverages for an additional fee.

Showers and changing rooms are not equipped on the ship, so don’t be afraid to get dirty with foam. Enjoy the moment and charge yourself with positive emotions!

At 15:30 your pirate yacht will return to Alanya port. A comfortable bus will take you back to your hotel.

What do you need to take with you on a boat trip in Alanya?

Can I bring my own alcoholic beverages on the boat cruise?

It is strictly forbidden to bring alcoholic beverages to boat trip. For an additional fee you can buy any drink from the ship’s bar.

The list of bays where swimming breaks are given in Alanya Pirate Boat Trip;

How much does the pirate boat trip in Alanya cost?

What to see during Pirate Boat Trip Tour in Alanya?

A comfortable bus will pick you up from the hotel and you will go to your pirate ship. They have 3 swimming stations – Cleopatra strand, Ulash strand, Tersane Shipyard; Dinner; visiting the Pirates’ Cave and the Lovers’ Cave; foam party. At the end of the tour you will be transferred back to your hotel.

What is included in Alanya Pirate Boat Trip price?

How long is the pirate boat trip in Alanya? 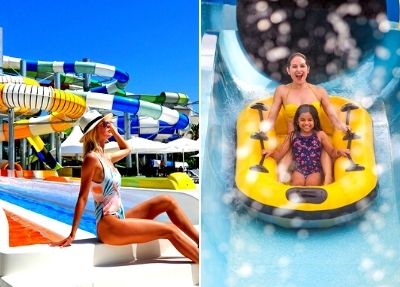 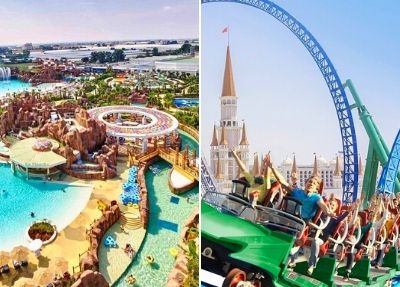