When you book with an account, you will be able to track your payment status, track the confirmation and you can also rate the tour after you finished the tour.
Sign Up
341
Online Excursions > Belek Fire of Anatolia Troy

Are you a fan of festivals, art in all its forms and colorful performances? Then you will appreciate the grandiose show, which has repeatedly been included in the Guinness Book of Records for its scale and complexity. This show annually attracts millions of tourists around the world – Belek Fire Of Anatolia Troy in Aspendos Arena. A fascinating show with elements of national Turkish art and history is waiting for you!

You will become a participant in one of the most popular shows in the world, whose dancers have performed before the heads of many states and given numerous concerts in the largest venues in the world. The show’s dancers combine classical ballet with traditional and contemporary dances.

All this is presented brightly and unforgettable thanks to the productions of the famous director Mustafa Erdogan. And the show takes place outdoors in the purpose-built Gloria Aspendos Arena, stylized as the old Aspendos Theater nearby.

You will see with your own eyes the cultural synthesis of Anatolian civilizations in a magnificent dance choreography that goes far beyond dance performance. You’ll see thousands of flowers and large-scale decorations, including a real Trojan horse!

Be sure to attend this incredible performance, only comparable in scale to the Circus du Soleil. You will get incredible emotions from what you see and make beautiful unforgettable pictures!

Price List for Fire of Anatolia Troy from Belek 2022

A comfortable bus will pick you up at your hotel around 6:00 p.m. The road takes about half an hour. You will be accompanied by a Russian-speaking guide who will tell you about the show and stay with you throughout the evening. First you will be taken to a cafe where you will have dinner in a pleasant atmosphere. Around 21:15 the Fires of Anatolia Troy show will start. You will be assisted in taking your seats.

The show is very dynamic and you won’t get bored! The show program lasts about two hours. At 23:00 the show ends and the transfer is waiting for you. In half an hour you will be brought back to your hotel. During the show you will definitely experience an extraordinary aesthetic pleasure and will definitely keep the memory of this event in your heart and in beautiful pictures.

Are you ready for the incredible and exciting Fire of Anatolia show? We are sure that you have never seen such a great spectacle! After all, the Fire of Anatolia show was included in the Guinness Book of Records for the largest audience and dance performance with more than 200 steps in one minute! The main composition of the group includes more than 100 professional artists. The show also became famous for its size and of course! After all, for the show was used:

150 pieces of light robots
2000 costumes were tailored and designed specifically for this show
To make all these costumes, 12,000 meters and 450 types of different fabrics were used.
2,500 meters of felt fabric specially made for the show from Uzbekistan
2000 meters of chiffon were hand-dyed
5400 pieces of different beads for dance costumes
Suitable weight about 2.5 tons
1200 meters headbands for dancers
3150 hairpins for dancer hairstyles
There are 3500 different types of dancer makeup used
500 pairs of earrings, 500 necklaces and bracelets
200 pairs of dance shoes and 300 pairs of shoes specially designed for the show
7,200 hours of dance group rehearsals
2000 artificial flowers specially made for the show
5,400 hours of musical accompaniment for one performance
Sketch 550 projection images
3000 gold coins
1 equestrian statue 8 meters high and many other amazing decorations

You will definitely love the legend of the fall of Troy narrated in the show, dances and gorgeous decorations including a huge horse that is about 8 meters high! The events of the Trojan War were once described in poems by Homer – the Iliad and the Odyssey. They owe their fame to them. The reason for the war was a real, historical fact – the kidnapping of Helena, the wife of the Spartan king Menelaus.

The king of Troy, Paris became a hopelessly infatuated young man who kidnapped Elena. To carry out his plan, Paris sailed to Sparta, where Menelaus greeted his guest. Taking advantage of the high disposition of the goddess of love Aphrodite, Paris fell in love with Helen and kidnapped her, taking gold and the honor of the unfortunate Menelaus. For this, the king declared a bloody war on the villain and asked for help from the cunning Odysseus, who invented a cunning knightly procession. On behalf of Odysseus, with a surprise for the Trojans, a huge horse was built in the form of a group of elite fighters, including Odysseus himself. Under the pretext of admitting their own defeat, the Greeks left their gift at the gates of Troy. Which was dragged into town by unintelligent trojans. And at night mighty warriors rained down from their horses, bringing vengeance on insolent Paris and all the Trojans. This is how the war was won andOdysseus ‘ ingenuity stayed in history forever.

You can see one of the most famous legends with your own eyes in dance steps brought to life before your eyes 3000 years later. You will enjoy the fascinating movements of the actors, the enchanting sounds of the music. The show program will immerse you in the amazing atmosphere of antiquity, where together with the dancers you will experience the birth of culture, people’s traditions with their sorrows and joys.

The Fires of Anatolia Show in Aspendos Arena has been awarded numerous prizes, titles and state awards. A troupe of dancers is invited to perform at the best locations in the world. For example, at the conclusion of Eurovision in Turkey, the show was held in the Kremlin Palace in Egypt, near the Great Pyramids. In general, the program is worth seeing with your own eyes! You will be amazed by the incredible atmosphere, the historical and cultural value of the show, the magnificent scenery and the spectacular choreography of the dancers.

The show program lasts about two hours. After the show, your guide will transfer you to a comfortable bus and you will return to your hotel in Belek full of positive emotions. The journey takes about 30 minutes.

Do you need to book Belek Fire of Anatolia Tickets in Aspendos Arena in advance?

We recommend booking Belek Fire of Anatolia in Aspendos Arena tours ahead of time to secure your spot. If you book on Onlineexcursions.com you can cancel up to 24 hours before the start of the tour for a full refund.

What is included in the price of Belek Fire of Anatolia in Aspendos Arena?

How much is the Belek Fire of Anatolia in Aspendos Arena?

How long is Belek Fire of Anatolia in Aspendos Arena?

Belek fire of Anatolia in Aspendos Arena starts from 17:00 to 01:00. The total tour time is approximately 8 hours. 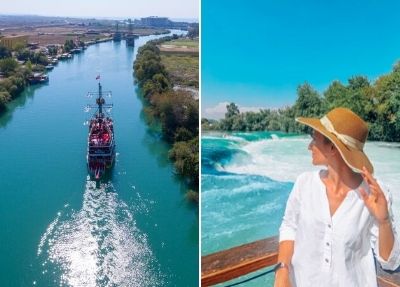 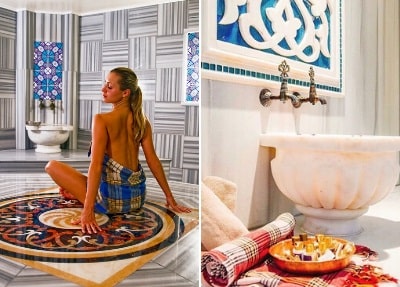