When you book with an account, you will be able to track your payment status, track the confirmation and you can also rate the tour after you finished the tour.
Sign Up
970

Driving a real pirate ship on the open sea and admiring the endless expanses, isn’t that a real traveller’s dream? Belek Pirate Boat Trip will give you an unforgettable experience and an opportunity to visit the most beautiful and picturesque bays on the entire Turkish coast.

During the journey you can feel like a hero of an adventure film, because the journey takes place on a real pirate ship! As if Jack Sparrow himself briefly borrowed his “pearl” for your walk.

During a boat trip you will see the unusually beautiful Bay of Phaselis. While stopping there, you can not only enjoy the clear turquoise waters while swimming, but also explore the ruins of the ancient city of the same name, which still amazes guests with its grandeur.

Kirish Bay, or in other words Aquarium, will impress you with its incredible underwater world, because it is not for nothing that thousands of divers from all over the world choose this special bay for their dives.
You won’t miss Paradise Bay, which got its name due to the fact that the water shines brightly at night. But don’t let that scare you, it’s because of the microorganisms that live here. You will be amazed by the local landscape.

Team members have prepared a rich and entertaining program for you, so you will definitely not get bored.

Belek Pirate Boat Trip is a great idea to diversify your vacation on the Turkish coast. The trip will be remembered by you with vivid emotions and will leave only good memories in your mind.

Would you like to join another excursion in Belek? Check out Suluada Island Boat Trip from Belek.

Your fascinating excursion across the Mediterranean begins around 9:30am when a comfortable, air-conditioned coach will pick you up from your hotel and take you to the seaport, where a pirate yacht is already waiting for you, on which you will go to sea conquer.

The first point of your program is a stop at Phaselis Bay where you can swim and explore the ruins of the ancient city. The nearest station is Kirish Bay. Then drive to Paradise Bay. A delicious and hearty lunch and foam party await you during the walk. At the end of your sailing adventure you will be transferred back to your hotel.

The pleasure yacht on which you conquer the sea is made in pirate style. The team members disguised as pirates create additional surroundings and atmosphere. The ship offers everything for your convenience: showers, toilets, lounges with sunbeds, dining areas and a bar where the bartender will prepare any cocktail at your request. You can sit on the deck to sunbathe or hide in the shade from the bright Turkish sun.

Your exciting adventure begins in the beautiful Phaselis Bay. Here you have free time to swim in the azure waters of the Mediterranean Sea or explore the ruins of the ancient city of Phaselis , located nearby. The bay is right at the foot of the famous Mount Olympus. Very cozy, clean and secluded – you will definitely like it. A relic forest, powerful mountain slopes, clear turquoise sea water have a calming effect and prepare you for relaxation.

The nearby city of Phaselis, the ruins of which will interest you, was founded in the 7th century BC. Founded by colonists from the island of Rhodes. The presence of the former power is evidenced by the presence of three ports. The city is an important wood supplier for other cities.

In 42, Phaselis came under the patronage of Rome. Since then, the previously quite frequent pirate raids have stopped, and the time of its heyday has come.

The ruins that have survived to this day are reminiscent of the Roman and Byzantine periods.

You can admire the ancient necropolis where, according to archival information, Alexander the Great was buried.

The Roman theater is also perfectly preserved in the city, it is quite small, only 20 rows.

The ruins of various city buildings, public baths, temples and a stunning aqueduct that supplied water to the city – you will see all of this and be able to examine it in detail.

You will enjoy an amazing very calm nature. Clean alpine air, picturesque mountain slopes, warm, crystal clear water will leave an indelible impression on you. A variety of marine life found in the bay is easily visible in the water even if you’re not diving.

Imagine what a fabulous place it is, even if its name is heavenly. The Taurus Mountains descend near the sea coast. Their slopes are covered with a variety of plants: wild rose bushes, Lebanese cedar, cypress, pine. The salty sea together with beautiful plants create a unique and fascinating aroma. The purest and warmest sea characteristic of this place causes only one desire – to dive into it as soon as possible.

Paradise Bay has an amazing feature that can only be seen at night. The sea seems to glow from within. It’s like a thousand stars are floating underwater. This neon light is generated by microorganisms that live in the bay. They are called night lights or in other words sea fireflies.

Fresh air, swimming in sea water, hiking in the ancient city of Phaselis will whet your appetite. Therefore, the ship’s cook will prepare you a delicious and hearty lunch consisting of chicken skewers, rice, french fries, pasta, fresh vegetable salad and various snacks.

The funniest part of the entertainment program is the foam party. Light, fluffy and velvety foam, together with the rhythms of modern dance music, create a happy atmosphere conducive to fiery dancing. The frothy disco will be remembered with vivid impressions and positive emotions.

At the conclusion of your sea voyage, comfortable, air-conditioned transportation awaits to take you back to your hotel.

How much does a pirate boat trip from Belek cost?

How long is the Belek Pirate Boat Tour Excursion?

Belek Pirate Boat Tour operates from 9:30 AM to 5:00 PM. Total tour time is approximately five and a half hours.

What is included in Belek pirate boat tour price?

The price for a boat trip on a pirate yacht from Belek includes transfer, insurance, lunch, a boat trip, a foam party.

You can book Belek pirate boat tour online here with us. No deposits are required with your reservation. 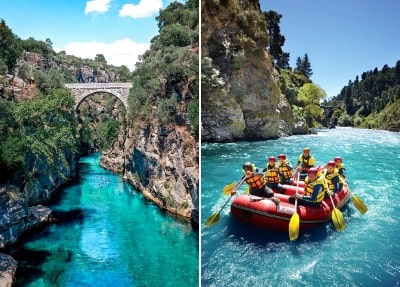 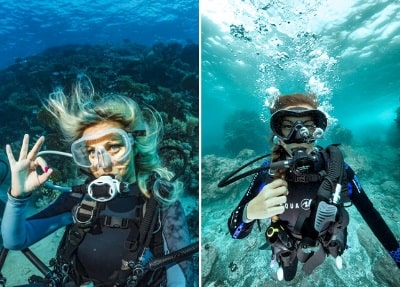