When you book with an account, you will be able to track your payment status, track the confirmation and you can also rate the tour after you finished the tour.
Sign Up
780

We promise you an unforgettable yacht tour where you can see the pirate cave and the most beautiful bays such as Paradise Bay, Phaselis Bay and Phaselis Ancient City, Cleopatra Bay and stop and enjoy the show of our animation team. On our 30m yacht with 4 decks you will find a dining room for 200 people, a mini club, a dance floor, 6 toilets, 3 for women and 3 for men, 2 bars and a mini market. You will have full entertainment every day with belly dancing, animation shows and foam party. Prefer Mega Star Boat Trip from Belek if you want great yacht tour.

A beautiful snow-white yacht awaits you at the port, from which your fascinating journey across the Mediterranean Sea will begin. A new, modern, reliable and spacious yacht was built in 2020. Its length is 42 meters and its capacity is 600 people. On it you will go to conquer the sea.

You will see beautiful bays. There will be three of them on your way: Phaselis, Porto – Seneviz and Olympos. In each of them it will take an hour. You will admire the wonderful color of the water, it is particularly beautiful in these places. Its color is more intense than the coast near your hotel. You’ll have several stops to cool off in the cool waves of the Mediterranean Sea.

The view from the water is just amazing. You will see mighty mountains, sheer cliffs and mysterious caves. Contemplating the wild nature untouched by man will help you put your thoughts in order and feel peace and tranquility. These views will inspire you to create wonderful, unforgettable photos.

The program prepared for you by the crew members will not let you or your children get bored. Foam disco, competitions, games and even face painting for your little ones are waiting for you.

Having taken a bay cruise on Mega Star Boat Trip from Belek, you will fill your vacation with bright positive emotions, add variety and get a lot of new information about the ancient cities that Turkey carefully guards.

Would you like to join another excursion in Belek? Check out Belek Manavgat River Boat Trip.

At 10:30 a.m., a comfortable air-conditioned vehicle will arrive at your hotel and take you to the port, where a beautiful modern boat is already waiting for you. Then embark on a fascinating sea voyage. They have three stops, each exactly 1 hour long. At this time, you can swim in the azure waters of the Mediterranean Sea or explore the ruins of ancient cities.

The first stop is the magnificent Phaselis Bay. Here is also the ancient city of the same name, which you can admire or just swim in the sea. Porto – Seneviz is the second point of your walk. You will also find entertainment on board that the crew members have lovingly prepared for you. Incendiary music, dances, competitions and games. A hearty and delicious rejuvenating lunch will be prepared by the yacht’s chef. The last stop is Olympos Bay. You can choose your free time: swim in the sea or explore the ancient city.

Then take a course to the seaport from where your amazing journey started. A bus will be waiting for you there to take you comfortably back to your hotel.

Your wonderful journey will take place with stops at the most magnificent bays of the Mediterranean, where you can swim in the cool turquoise waters and sunbathe under the warm rays of the Turkish sun.

Phaselis is the first bay on your way. Here you have the opportunity to visit the ruins of the ancient city or sunbathe in the sea after a swim.

Then drive to the Bay of Porto – Seneviz. A magical place surrounded by mighty mountains. Access is only by sea, so the water here is crystal clear and transparent.

The last stop on your route is Olympos Bay. As with the previous two stops, the choice is yours: explore the ancient city of the same name or take a dip in the azure waters. Both options are great.

An ancient city founded in the 7th century BC. It was founded by colonists from the island of Rhodes. The name means “lake town”. There were three ports here and it is believed that it was founded to transport the forest from the Taurus Mountains to other cities. It is believed that the ashes of the great Alexander the Great are kept in this very place.

It is known that the city was famous for its beautiful roses and lilac oil. Phaselis was often subject to pirate attacks.

42 BC it was conquered by the Roman Empire. From that moment the city begins to flourish.

Very often the inhabitants of the city suffered from attacks by wild wasps. There were frequent cases of a fever epidemic transmitted by the Rhodes sailors.

The theater is perfectly preserved here. You’ll see that it only had 20 rows and only seated 3000 spectators. And the scene shows that it was built by the Romans.

On the slopes of the mountains you can see the city cemetery.

Perhaps the most impressive structure for you is the aqueduct. There are also water tanks next to it.

The city baths are also well preserved. You can even consider the heating system.

A neighbor of Phaselis, the ancient city was founded in a gorge stretching along the river. Just like its neighbor, it was under the patronage of the Romans and this was the most propitious time for the city, it was at this time that the highest morning was reached.

In the following centuries, the city was abandoned by the inhabitants because it lost its importance. Despite the fact that the city is not very well preserved and heavily overgrown with wild vegetation, it has its own personality.

It will be interesting for you to admire the old theater, it is quite small, it seats only 500 people, the colonnade, the remains of the fortress walls, heavily overgrown with greenery. An atmospheric and interesting place to remember.

After walking through ancient cities and swimming in the beautiful Mediterranean Sea, you simply need to replenish your strength. A delicious and hearty lunch will help you along the way. The chef of the yacht’s restaurant will prepare grilled chicken and fish, pasta, rice and three types of salads for you. For an additional fee you can buy drinks as well as snacks and ice cream.

You may not bring any food or drink on board.

You certainly won’t get bored on board the ship, because you will be accompanied by an animation program during your wonderful journey.

Your kids will surely love face painting. A bright beautiful pattern is applied to your children’s faces. Most importantly, the paint used is absolutely safe.

The foam party is perhaps the most memorable part of the animation program. The unforgettable atmosphere contributes to carefree dancing. On a hot summer day you will be amazed by velvety fluffy foam and musical accompaniment. Only the best memories remain from such a party.

After such a rich program, you will be transferred to the port and then to your hotels.

What is included in the price of Mega Star Boat Tour from Belek?

How much does the Mega Star Boat Tour from Belek cost?

How long does a Mega Star yacht cruise from Belek take?

How far is Belek from Kemer? 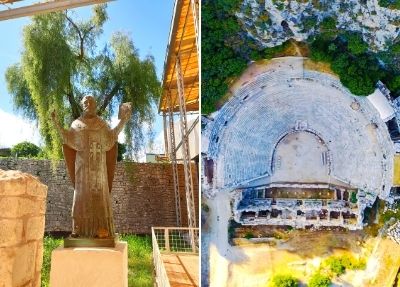 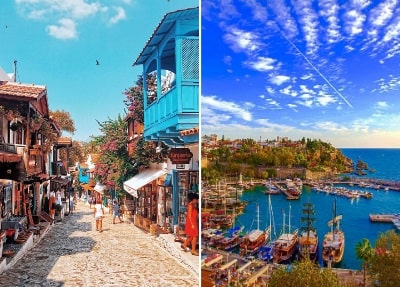