When you book with an account, you will be able to track your payment status, track the confirmation and you can also rate the tour after you finished the tour.
Sign Up
364
Online Excursions > Kemer Fire of Anatolia

Would you like to see the amazing, enchanting and most famous show with professional dancers in Turkey – Fires of Anatolia? The Kemer Fire of Anatolia ” Troy ” will help to feel the joy “goosebumps” and leave vivid impressions of the performance of world famous dancers!

Depart Kemer for the inspirational city of Aspendos. Aspendos is truly a magnificent ancient city that has preserved a unique piece of history – breathtaking size and architecture – an amphitheatre. In his image, the stage was created, practically recreating a similar atmosphere of the past – the Aspendos Arena. The famous professional and unique Turkish ensemble – Fires of Anatolia, which has been included in the Guinness Book of Records, will perform for you there.

A new show program “Troy” is presented for your attention – you won’t find anything like it anywhere else in the world. Together with breathtaking and charismatic dancers, dressed in traditional stage costumes decorated according to historical facts, you will immerse yourself in the legend of Troy, which was once told by the legendary Homer in the poem “Iliad”.

Fantastic backdrops and scintillating costumes, historical battles of the Trojan War played out on the stage, vivid emotions shown in the dance will take you back in time completely and make you feel like a participant in ancient events taking place in the amazing old Turkey take place.

Kemer Fire of Anatolia Dance Show “Troy” is a sparkling, lively and unique show that will bring you bright and unforgettable emotions embodied in the skillful dance of professional and sincere artists of Turkey!

Your unforgettable and impressive journey begins when you are picked up from your hotel at 17:00 in the evening by a comfortable, air-conditioned bus and driven to the ancient city of Aspendos. In town, a delicious and hearty dinner awaits you at the restaurant, consisting of dishes of national Turkish cuisine. After working up an appetite for your dinner, you will be taken to the Aspendos Arena.

The delightful and inimitable Troy show starts at 21:00 and lasts about 2 hours. During this time, you will be immersed in the breathtaking historical events of the Troy era, embodied through the language of dance. Your transfer will be waiting for you from 11:00 p.m., which will take you comfortably to your hotel with vivid impressions, where you will find yourself at 1:00 a.m. at night.

Before immersing yourself in the energy of the breathtaking and inimitable show “Fire of Anatolia” Troy, you will be treated to a dinner in a Turkish national restaurant with a wide range of delicious dishes based on local tradition.

Gloria Aspendos Arena is a modern building, which in its architecture is reminiscent of the famous ancient site – Aspendos Amphitheater. The theater, designed for 5,000 spectators, is located outdoors, it was founded in 2008 and today it is the most popular stage house, where the ensemble Fires of Anatolia suspended its world tour just this summer, performs for you in their home country in Turkey on …

The world-famous Turkish ensemble began its existence in 1999 and was called Sultans. But in 2001 it changed its name to a bigger and more memorable one – the Fires of Anatolia. The Turkish ensemble has been listed twice in the Guinness Book of Records, has around 250 people in addition to artists, unique scenery and costumes and is in demand in all countries of the world! Dancers from Ensemble Fires of Anatolia will recreate for you the unsurpassed Troy Show, one of the few most popular and famous shows created by the company’s directors.

The greatest historical event – ​​the great Trojan War, sung by Homer in the famous poem “Iliad”, based on stories about the exploits of ancient heroes, has been “revived” by the dance language of the performers of the Fires of Anatolia Ensemble and will be presented to you in an enchanting show on stage with a breathtaking backdrop and presented with light special effects. you as if you were going back in time. The dramatic events of Troy will play out before your eyes. You will feel all the emotions of the characters: from fear and pain to courage and passion. All of the key moments in the story, including the famous Trojan Horse ‘train’, will be re-enacted in a speech just for you. You will be amazed by the magnificent performance of historic proportions that unfolds on stage.

All the action on stage is accompanied by professional light and sound special effects, great music, unusual decoration, beautiful costumes and the inimitable performance of the ensemble’s dancers. Such a spectacular performance will definitely not leave you indifferent!

After the end of the performance, you will be comfortably transferred to your hotel, filled with vivid emotions from the great time spent at the performance of the world-famous ensemble Fires of Anatolia.

What is included in the price of the Kemer after Fires of Anatolia in Aspendos Arena?

Do you need to book in advance to see Fires of Anatolia Dance Show from Kemer?

We recommend booking Kemer Anatolia Dance Show Fires early to secure your spot. If you book on www.onlineexcursions.com you can cancel up to 24 hours before the start of the tour for a full refund.

How much does Fire of Kemer Anatolia Dance Show in Aspendos Arena cost?

How long is Fire of Anatolia Dance Show from Kemer?

Fire of Kemer Anatolia Dance Show starts from 17:00 to 01:00. The total tour time is approximately 8 hours. 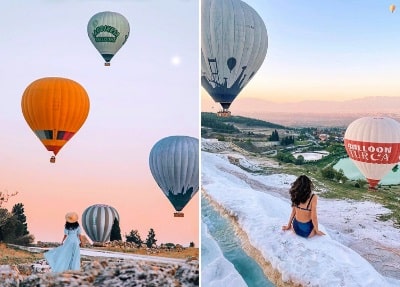 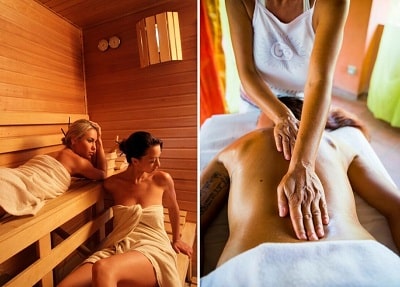