When you book with an account, you will be able to track your payment status, track the confirmation and you can also rate the tour after you finished the tour.
Sign Up
924

Would you like to feel like a real participant in an exciting sea voyage, swim in the crystal clear waters of the turquoise bays of the Mediterranean Sea and travel back in time among the ruins of ancient cities? Mega Star Boat Trip in Kemer is an unforgettable excursion along the picturesque Mediterranean coast. This is an exciting adventure in the waters of the Turkish Riviera, the opportunity to dive and swim, enjoy the views of the fabulous picturesque bays. Fresh sea air, past rocks and cliffs, bays, caves and beaches delight and leave an indelible impression.

On a large, stylized and comfortable yacht with a capacity of up to 600 people, you will set off to conquer the vastness of the Mediterranean Sea.

You will be greeted by picturesque tranquil harbours, cliffs covered with centuries-old greenery, mysterious caves and silent ruins of ancient cities that preserve true history. You can capture in a photo the moments of your unity with nature and unforgettable places of the stunning Kemer coast.

Several stops await you in picturesque and colorful bays where you can sunbathe and swim in the azure waters of the Mediterranean for 1 hour. Or feel the breath of ancient history as you walk among the mysterious ruins.

On board the ship you and your children can look forward to an exciting entertainment program with the participation of cheerful professional artists. You can take part in fiery dances, competitions and games, and your children will feel like fairy tale heroes because face painting is provided for them.

Mega Star Boat Trip in Kemer is an excellent opportunity for you to see the fantastic beauty of sea bays, capture exquisite landscapes, plunge into the era of ancient civilizations and get vivid emotions and impressions!

Your unforgettable sea voyage begins with a comfortable, air-conditioned coach that will pick you up from your hotel in the morning. The time depends on the location of the hotel and you will also be informed in advance about the transfer times. You will be taken to the port of Kemer, where a stylized yacht with a capacity of up to 600 people is already waiting for you. On it you will leave the pier at 10:30 in the morning and conquer the azure waters of the Mediterranean Sea and the coast of Kemer.

To make your stay comfortable, bring your bathing essentials, a towel, and sunscreen.

Stops await you in three beautiful bays with azure and crystal clear waters. The first stop will be Phaselis Bay. You can also visit the ancient city of the same name.

Your next stop is the magnificent Lagoon of Porto Geneviz, where you will immerse yourself in the refreshing waters of the Mediterranean Sea.

Finally, visit Olympos Bay, where you can also swim and touch history by walking the streets of the ancient city of the same name.

After visiting all the bays, drive to Kemer Pier from where you will be transferred back to your hotel around 17:30.

On a sea voyage on the Mega Star yacht you can visit three fantastically beautiful bays with azure blue crystal clear water.

The first bay you will visit is Phaselis Bay. Within 1 hour you can be sunbathing, swimming, walking on the beach or exploring the artifacts and ruins of the ancient, very famous port city of Phaselis.

The second bay, Porto Geneviz Bay, is only accessible by sea. Therefore, you will admire this secluded and tranquil, truly heavenly place with the purest crystal water.

And at the end of your sea voyage you will reach the third bay, the old historical port of Olympos. Here you can also swim in the azure sea or visit the ruins of the ancient city.

You will visit the ancient city of Phaselis , a Lycian city founded in the 7th century BC. was founded. A city with a unique location. It is located on a small peninsula jutting out into the sea, not “hiding” on rocks or in ravines. It was founded by the people of Rhodes to supply timber to the Mediterranean countries. The town developed rapidly in trade, but often “changed hands”. In the 13th century the city lost its importance and became empty. Today you can see fairly well preserved: the aqueduct, Roman baths with mosaics on the floor, a necropolis and a kind of amphitheater.

A visit to the ruins of the ancient city of Phaselis will immerse you in the history of bygone days and leave you with a pleasant experience of traveling back in time.

Then drive to a slightly less popular ancient city than Phaselis – the ancient city of Olympos . However, he keeps more secrets and secrets within himself. The city was founded in the III-II centuries BC. founded. In the gorge at the foot of Takhtaly Mountain. Olympos was one of the six most important cities of the Lycian Union. They even minted their own coins in it. The city existed for no less than 1000 years. During the Ottoman Empire and after the Arab invasion, the city fell into disrepair. Among the remaining ruins and artefacts you can now see the great historical importance of the city of Olympos.

Since you’ll be at sea all day and just need to recharge your batteries, a delicious and hearty buffet lunch awaits you on your yacht.

The menu offers you a choice of dishes of national Turkish cuisine: grilled fish or chicken, various salads, snacks, pasta and rice. You can choose the dishes you like and enjoy a delicious lunch in the fresh sea air.

At the bar of the Mega Star Yacht you can buy all kinds of drinks, ice cream and snacks for an additional fee.

It is strictly forbidden to bring your own food and drinks on board.

On your sea voyage in the Mediterranean you will find humorous incendiary dances and entertainment specially prepared for you by the ship’s crew. You will see an amazing and unforgettable show performed by professional artists. Games, competitions and a cheerful pirate dance to “dessert” will definitely lift your already excellent mood!

And for your children, the ship’s crew has prepared a special entertainment – face painting. Children will be happy to transform themselves into a favorite hero of a fairy tale, movie or cartoon with the help of face painting.

At the end of the cruise, the icing on the cake is a foam party. You experience joy while dancing to fiery music in a sea of ​​airy foam.

Cheerful dancing in a cloud of foam is an excellent way to end your trip to the Mediterranean, setting a positive mood and ending with a pleasant return to the port of Kemer.

After a fiery sea voyage on a Mega Star yacht, you will be transferred to your hotel.

How much does the Mega Star boat trip in Kemer cost?

What is included in the price of Mega Star Boat Tour in Kemer?

The cost of a Mega Star boat trip in Kemer includes transfer, insurance, lunch, animation, foam party and boat trip on the yacht.

How long is a Mega Star boat trip in Kemer? 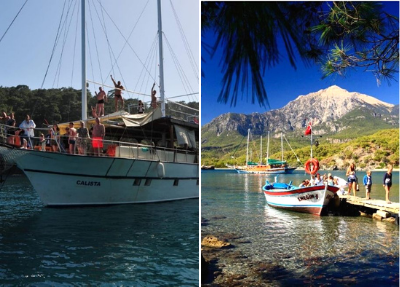 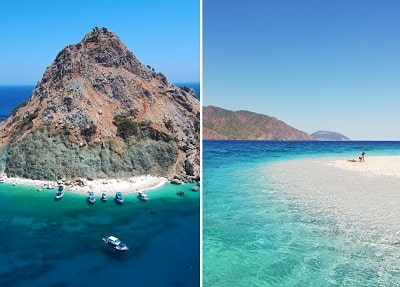