When you book with an account, you will be able to track your payment status, track the confirmation and you can also rate the tour after you finished the tour.
Sign Up
344
Online Excursions > Alanya Perge Aspendos Side Tour

Are you looking for an informative and impressive trip? Would you like to immerse yourself in history and travel back in time to the past millennia? Alanya Perge Aspendos Side Tour is what you really need. You’ll travel to three of the region’s greatest ancient cities.

Look at the ruins of these cities, feel the unstoppable passage of time and the power of nature that can destroy basic stone buildings. Visit the beautiful city of Perge, walk along the main street, visit the amphitheater and stadium and take a look at the Acropolis.

Visit the no less magnificent former city of Aspendos – the center of trade – look at the river where ships were loaded with a variety of outlandish goods and imagine how noisy it was in this city that lies between their wandered around the ruins. You will mentally thank the time for saving many buildings in Aspendos from complete destruction and this journey will allow you to get in touch with the past as accurately as possible. You will also visit the magnificent city of Side, which was once famous for its science and arts and later suffered from people, fires and earthquakes.

Walking through the rubble of civilizations, you will try to find the answer to the eternal question of why people go to war against each other, inflicting pain on the enemy and destroying everything created with such love. During the tour, you slowly and imperceptibly delve deeper and deeper into the past. Therefore, at the end of the excursion, you will visit the waterfall that will help you come back to reality and become a breath of fresh air on your journey.

Be sure to take a tour of Perge, Aspendos and Side from Alanya. You will have a lot of fun. Enriches you mentally, gives you food for thought. You can not only see the magnificent landscapes of the real Turkey, but also capture it.

Price List for Perge Aspendos Side Tour from Alanya 2022

At 8:00 a.m., a comfortable bus will pick you up from your hotel and set off. The first city you visit is Perge, which has been inscribed on the tentative list of UNESCO World Heritage Sites. You will enter through the city gates, walk along the wide main street, take your time to see the amphitheater, stadium, acropolis and baths, and take picturesque photos that capture not only the ruins of the ancient city, but also peace, show peace and tranquility .

Next, drive to the once huge bustling commercial town of Aspendos. The ruins will cause real admiration, since the degree of destruction here is minimal, and you can see not only the masonry, but in some places you can meet the interior decoration of the walls. Before your eyes you will see a huge aqueduct, stables and again an amphitheater, as well as a necropolis with tombs and sarcophagi.

After a hearty lunch, head towards the Mediterranean and find yourself in the city of Side Turkey. The story was so gruesome that it was practically wiped off the face of the earth by the forces of enemy raids, earthquakes and fire. You pass the ash-covered streets and see what survived. At the end of the excursion day, a refreshing trip in one of the waterfalls awaits you. Later, hop back on the comfortable coach and return to the hotel around 6:00 PM for dinner.

The first city you will visit on this trip is the city of Perge. We can safely say that its history is as old as the world. It is believed to have been created immediately after the Trojan War and this is around VII BC. Later the city passed from hand to hand to the Lydians, Persians, Alexander the Great , Rome. And in Roman times it reached its peak. Due to its excellent location: distance from the sea at a safe distance and at the same time the presence of a navigable river, which existed in the 1st-2nd centuries Century offers direct access to the Mediterranean Sea. AD Perge became one of the largest cities in Asia Minor.

But in the Byzantine era the unexpected happened, the city’s main waterway, the Kestr, silted up and this led to its decline, and the raids of the Arabs eventually destroyed the city. Little by little, the glorious city of Perge was forgotten, abandoned and buried under the earth. Excavations began in the middle of the last century. All of this is now available to the eyes of tourists. Your walk will take you through the Hellenistic city gates along the main street, which was once divided into a carriageway and a pedestrian zone, and there was also a place for shopping arcades.

You will visit the ruins of a huge theater for 15,000 spectators, a stadium for 12,000 fans, see the nymphs of Hadrian’s era and also see the hill with the Acropolis. You will also see baths, ruins of residential buildings and much more. You’ll be walking around the city with an English-speaking guide, but don’t let that scare you. Firstly, you will be familiar with most of the names you will hear, as they sound exactly the same in all languages, and secondly, on this excursion you do not need a detailed story, your eyes see everything and even a little more.

The tour operators have prepared a real surprise for you. An unusual lunch awaits you. Fish and chicken will be grilled for you. They are served with a side dish and fresh vegetable salad. Drinks can be purchased at an additional cost.

The next town on your way is Side. The name, which literally means pomegranate, and the pomegranate, as you know, is considered a symbol of wealth and abundance. Side was one of the oldest known Greek colonies in Anatolia, and the history of its development largely repeats the fate of the two previous cities, although there are some details that should be noted. Side is located on a peninsula, this city in the past had a fairly large autonomy and enjoyed great rights. Science, education and culture have seriously developed on their territory.

But there was also a gradual decline associated with raids by Arabs and pirates. There is evidence that this once glorious city was burned to the ground. And after the destruction by a major earthquake ended. And for many centuries until the end of the 19th century the land was empty. And rare travelers who wandered to these lands called Side the abode of spirits. At the end of the 19th century, Turkish settlers from the island of Crete founded a small settlement at Selimiye in Side, which gradually expanded.

After all day pondering the ruins covered with ancient dust, a refreshing end to the excursion program awaits you – a visit to Kursunlu or Manavgat waterfalls. At the choice of the excursion operator, depending on the weather, you can visit one of the magnificent waterfalls.

Manavgat Waterfall is a human creation. The artificially created 40-meter waterfall impresses with its size. Not too high at only 2 meters, it is wonderfully deep. Water falls with a bang from the threshold, splashes spread everywhere. The stream boils and rushes. During floods, the waterfall is completely hidden in the depths and can only be viewed during certain months of the year.

Kurşunlu Falls are considered the most beautiful waterfall in the world. Its height is 18 meters, the water is painted in lead paint by adding natural elements, it passes through the thickness of leaves and rocks, thanks to which it looks more than picturesque, the waterfall itself connects seven reservoirs. The history of this waterfall goes back many centuries. His image was found during excavations of ancient cities. Some consider this place mysterious and even mystical. Many turtles and fish can be seen in the pool of the waterfall. The surrounding area is rich in vegetation. Against the background you get amazing pictures and if you are lucky you can catch a real rainbow with your lens.

But like Manavgat Waterfall, it either fills with water or dries up to a creek, depending on the season. For this reason, the organizers of the excursion prefer one of the waterfalls, depending on the amount of precipitation in the region.

After a breath of fresh air and a portion of spray, you will be cheered up and return to the hotel, think about what you saw, put your thoughts on the shelves and see the great pictures captured during the excursion to Perge, Aspendos and Alanya side .

How much is Perge Aspendos Side Tour from Alanya?

What is included in the price of Perge Aspendos Side tour from Alanya?

How long does it take to visit Perge Aspendos Side from Alanya?

Perge Aspendos Side Tour from Alanya is from 8:00 AM to 6:00 PM. Total tour time is approximately 10 hours. 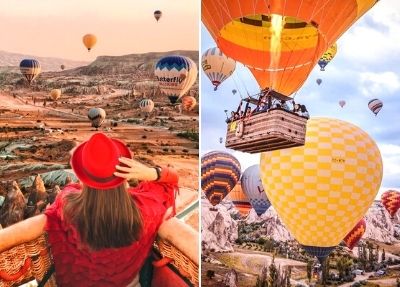 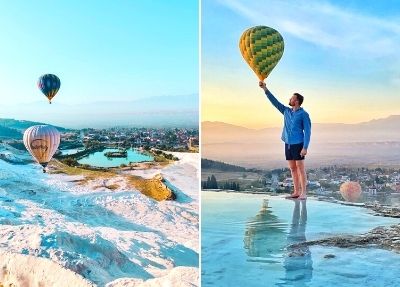