When you book with an account, you will be able to track your payment status, track the confirmation and you can also rate the tour after you finished the tour.
Sign Up
488
Online Excursions > Antalya Kekova Boat Trip

Would you like to see the old, big Turkish cities? Feel the atmosphere of grandiose historical relics? See the sunken ancient city with your own eyes through the water column? Antalya Kekova Boat Trip will help you touch the centuries-old history of the past!

You will go to the oldest Turkish city in the world, which will amaze you with its rock-cut tombs and aim for the sky. You stroll through the ruins of the once majestic city – the capital of Lycia. Here you will see many old structures that will amaze you. The most important of these, however, is the large Greco-Roman amphitheater with a capacity of up to 10,000 spectators. The photos you can take here will be amazing.

Not far from the town of Myra is the modern town of Demre. Here is a great Christian relic – St. Nicholas Church, which you are fortunate to visit. In addition, you will visit the church shop, in the assortment of which you will find a large number of unique icons and much more.

Afterwards, take a boat trip on a small yacht to Turkey’s famous and mysterious island of Kekova, where the ancient sunken city of Simena is hidden beneath the emerald waves of the Mediterranean Sea and stands out with its artifacts that have survived to this day.

The last stop on your way is a wine shop with unique wines made from local grape varieties as well as an onyx stone workshop where you can buy your favorite stone art masterpieces.

Antalya Kekova Boat Trip is a unique opportunity to visit some of Turkey’s most famous and mysterious ancient cities. This trip will give you a lot of unforgettable moments and leave a lot of positive emotions and enthusiastic impressions!

Your fascinating journey to the ancient sights of Turkey, Excursion from Antalya to Demre Myra Kekova begins with the fact that you will be picked up from your hotel early in the morning, around 7:30 in the morning, by a comfortable transport. You will go to the most famous ancient Turkish cities.

We recommend that you bring comfortable, closed-toe shoes and sun protection gear.

The first point of your tour is the ancient city of Miyra, on the way you will stop at a picturesque place for breakfast. After touring Mira, you will visit the Nikolaikirche and a unique church shop. Next, a hearty lunch awaits you at one of the local restaurants.

Then, take a boat trip across the Mediterranean Sea on a modern yacht to the ancient Turkish island of Kekova. Here you will see the beautiful and mysterious sunken city of Simena.

After a boat trip to the island, return to Antalya, where you will visit a liquor store with a huge selection of wines from different grape varieties, as well as a unique onyx stone workshop.

After a long day full of events and vivid impressions, you will be brought back to your hotel by comfortable, air-conditioned transport around 6:30 PM.

Myra is an ancient city, the capital of ancient Lycia, near the modern city of Demre. It was a fairly developed city, its own coins were minted here, on which the goddess Artemis was depicted. Myra is known for its grandiose rock tombs and a huge amphitheater that has survived to this day.

You will be amazed at these dwelling-like rock tombs rising above the ground. The ancient Lycians were sure that the closer a person is buried in heaven, the faster he will get to heaven. The richer a person was, the higher his grave was.

Not far from the tombs there is an ancient Greco-Roman amphitheater that amazes the imagination with its size. It was built as early as the 4th century AD with a capacity of around 10,000 spectators. Large, spectacular events and gladiator fights took place here. You will have the opportunity to walk through this ancient wonder, touch its grandeur and take beautiful, unforgettable photos.

After Saint Nicholas miraculously healed several people, he was given the name Nicholas the Wonderworker. The Turks call him Noel Baba – Santa Claus, for us he is St. Nicholas and residents of other countries – Santa Claus.

The building of the church itself is a small cruciform basilica with one room and was destroyed more than once by an earthquake, as well as by Arab raids, but has been restored. The walls of the church are decorated with frescoes from the 11th-12th centuries. century adorned. You can still see fragments of these frescoes today.

The church houses a white marble sarcophagus decorated with various ornaments and reliefs. Once Saint Nicholas was buried in it, but in 1087 his relics were taken to the city of Bari in Italy.

This is an unusual place with a special atmosphere and incredible energy!

Not far from the Church of St. Nicholas, you have an opportunity to visit one of the church shops, the assortment of which includes a variety of unique icons, from ordinary to many other church relics inlaid with expensive metals and precious stones. You can buy the symbols and relics you like if you want.

After visiting the ancient city of Mira and other attractions, you will definitely want to rest and refresh yourself. A delicious traditional lunch at a local restaurant awaits you, consisting of national Turkish dishes.

Your journey will continue with an interesting boat trip. On a small, comfortable yacht you will sail to the Turkish island of Kekova and the sunken city of Simena.

Kekova is a small island that is 7 km long. The city of Simena located here was a very developed Lycian city, two- and even three-story buildings were built here. But periodic earthquakes in the Taurus Mountains gradually led the city to flooding. After a strong earthquake in the 7th century, the city was completely deserted.

You have a unique opportunity to see the remains of an ancient civilization that survives under the waters of the Mediterranean Sea to this day. You will be surprised, but through the water column you can see easily destroyed streets, stone stairs, columns, remains of buildings, sunken fragments of statues and even ancient amphorae and jars of the once great city.

You will be amazed, but the ancient city has not yet been fully explored and explored. One can only guess how much unknown lies within this mysterious Turkish island. What if you are the one making a new incredible discovery?

You will have the opportunity to visit a wonderful wine shop presenting a variety of wines made from local grape varieties, both white and red. You can buy any wine you like if you want.

You will also visit the unique onyx stone workshop. This stone is highly valued in Turkey. They have been used for building, worshiping and decorating since ancient times. Today, modern technologies and various ancient techniques make it possible to create real works of art from these stones. You can buy any product you want according to your needs.

After a long day of exciting events and incredible discoveries, a comfortable drive back to Antalya awaits.

What is included in the price of Excursion to Demre Myra Kekova from Antalya?

How much is the excursion from Antalya to Demre Myra Kekova?

How long is the trip from Antalya to Demre Myra Kekova?

The tour from Antalya to Demre, Mira, Kekova takes midnight from 6.30am to 6.30pm. Total tour time is approximately 10 hours.

How far is Antalya from Demre Myra Kekova? 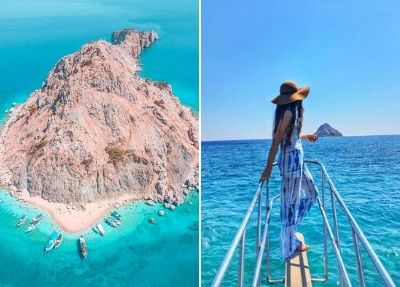 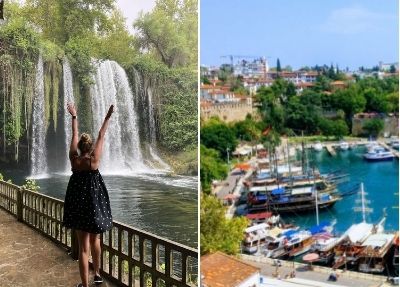