When you book with an account, you will be able to track your payment status, track the confirmation and you can also rate the tour after you finished the tour.
Sign Up
489

Do you want to see the famous fiery mountain of Turkey? Get a dose of adrenaline by driving off-road mountain roads in modern jeeps? Antalya Olympos Yanartas Jeep Safari Tour from Antalya will help you spend an active day full of exciting events!

An exciting journey through the foothills of the Taurus in comfortable and safe Land Rover Defender jeeps awaits you. During the journey, stunning picturesque views of the mountains, the sea and the forests of the surroundings of Kemer and Antalya will open up to your eyes.

The first stop during your trip will be Olympos Bay, where you can enjoy the beauty of secluded nature, stunning scenery and crystal clear warm sea. You can swim, relax, sunbathing under the gentle rays of the sun, as well as visit the ruins of the ancient city of Olympos, where cultural monuments of architecture have been preserved from ancient times to the present day.
Your next stop will be the famous fiery mountain – Yanartash. Many mysterious legends were folded about her. You have to climb to the top of the mountain and see with your own eyes how thousands of flames rise from the bowels of the mountain. This sight will literally amaze you. And the pictures taken against the backdrop of all this splendor will turn out to be truly amazing.

After vivid impressions received on the top of Mount Yanartash, you will visit a small but very colorful village, famous for its restaurants on the river – Ulupinar. A delicious traditional Turkish-style dinner awaits you right above the murmuring river waterfalls. Picturesque nature, delicious dinner and unusually fresh mountain air will create a pleasant atmosphere and leave an unforgettable experience.

Antalya Olympos Yanartas Jeep Safari is a wonderful opportunity to see a unique natural phenomenon that is not found anywhere else in the world – the eternal flame. Off-road jeep driving, fantastic beauty of natural landscapes, as well as the “fiery Chimera” will leave pleasant memories for a lifetime!

A comfortable bus will pick you up from your hotel around 15:30 pm and you will go to the collection point in the city of Kiris, from where you will go to conquer the foothills of the Taurus in modern and safe jeeps.

Your fascinating journey to Mount Yanartash will take place along picturesque mountain roads, where fantastically beautiful landscapes will open up to your eyes.

For your comfort and safety, we recommend that you bring closed, comfortable, non-slip shoes, sun protection and beach accessories, as well as drinking water.

The first stop on your way will be the ancient city of Olympos, where you will have 1.5 hours of free time to swim in the emerald waters of its bay or visit the ancient ruins of the city itself.

Then you will go to the unique natural attraction of Kemer – Mount Yanartash. After climbing the mountain, you will have an hour of free time to admire the hundreds of flames escaping from the bowels of the mountain and take amazing memorable photos.

After visiting the mountain, you will have dinner at one of the wonderful waterfall restaurants in the village of Ulupinar. After dinner in this delightfully beautiful, picturesque place, you will set off on your way back to the city of Kiris, from where you will be transferred back to your hotel around 23:00.

Your trip will take place on comfortable, convenient and absolutely safe Land Rover Defender cars, so you can safely go to conquer off-road mountain routes with the whole family, including children. The capacity of such a car is 11-14 people, and it will be driven by a professional driver who knows the local roads very well.

Olympos is an ancient city located at the foot of Mount Tahtali. It was founded by pirates presumably in the 3rd century BC, quickly grew and became one of the largest cities in Lycia. In 42 BC, when the Romans settled here, a new round of development begins near the city.

You can see a large number of buildings that have been preserved in the city from the period of the Roman Empire. Once upon a time, many buildings, baths, roads, water pipes and even a temple were built here. The entrance to the temple has survived to this day and you can see it. You will be amazed how huge it is – more than 4 meters in height. It remains only to guess what size the whole temple was.

Buildings from the Byzantine period have also been preserved – the ruins of the basilica and the priest’s house. In addition, you can see the remains of an amphitheater and several Lycian tombs and sarcophagi.

After the capture of the city by the Ottoman Empire, it fell into disrepair, people left Olympos. Historians still do not know the reasons for this.

You will have 1.5 hours to walk around the ancient city in the shade of laurel and fig trees, get acquainted with the history of the surroundings and swim in the turquoise waters of the local bay of the same name. The beach here is wild, but one of the most beautiful on the entire coast. This place is ideal for a relaxing holiday and unity with nature.

One of the main attractions of Kemer is the fiery mountain Yanartash. It is famous for its “fire-breathing Chimera”, which is located on its top and is a unique natural phenomenon.

In the bowels of the mountain there is a large deposit of natural gas, which, having accumulated, seeps between its cracks and ignites already on the surface. This is a truly amazing sight, the “eternal flame”, which you will see with your own eyes. You will be amazed by hundreds of bonfires literally growing out of the mountain. You won’t see this anywhere else!

It is with Mount Yanartash that a huge number of legends are associated. According to one of them, many centuries ago, a terrible Chimera settled on the top of the mountain, which had the head of a lion, the body of a goat and the tail of a snake. The fire-breathing Chimera terrorized the locals for many years, attacked and killed, until one day the glorious hero Bellerophon flew up the mountain on Pegasus and killed her, throwing her inside the mountain. Since then, she has unleashed her fury in the form of flames.

Since ancient times, this phenomenon was treated with respect, they considered Mount Yanartash, which translates as “burning stone”, a holy place and worshiped it. For lost sailors, it served as a kind of beacon. Many historians believe that the myth of the never-going Olympic flame is associated with it.

To get to Mount Yanartash, you have to climb a 700-meter staircase, but it’s worth it! You will then have a full hour to explore the unique landmark and take amazing memorable photos.

Ulupinar is a small village located at the foot of the Taurus Mountains and in close proximity to Mount Yanartas. It is famous for its amazing restaurants, which are located on the river and literally swim in spring water.

You have to visit one of the best restaurants Ulupinar, which is also called the waterfall restaurant. This place has a special, fantastic beauty. You will be cozyed up on mattresses and pillows at a low Turkish-style table and served delicious traditional dishes. The menu includes various national appetizers and salads, chicken or fish dishes. Additionally, you can order any drinks to your taste.

The murmur of the river right under your feet, the fresh mountain and forest air, as well as a delicious dinner will be the perfect end to the day.

After dinner in a delightful restaurant, you will drive back to Kiris, from where you will be transferred back to your hotel with all the comforts.

What should you take with you on a jeep safari from Antalya to Olympos Chimaera Yanartas?

On this extreme jeep safari from Antalya to Olympos Chimaera Yanartas, you will need comfortable shoes that you can get wet, sun accessories (hat, sunglasses, sunscreen) to protect you from the scorching Mediterranean sun, beach accessories (bathing suit, trunks, towel),

What is included in the price of Jeep Safari from Antalya to Olympos Chimaera Yanartas?

How much does a Jeep Safari from Antalya to Olympos Chimaera Yanartas cost?

Yes. Children especially teenagers are totally in love with Jeep Safari from Antalya to Olympos Chimaera Yanartas. We recommend that you take your children with you on the Jeep Safari Tour. Your children will be delighted.

How long is Jeep Safari from Antalya to Olympos Chimaera Yanartas? 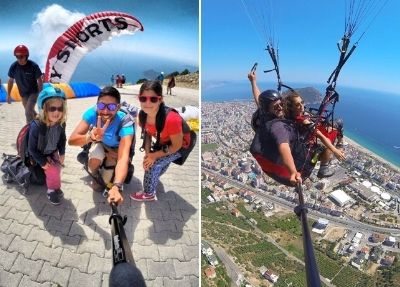 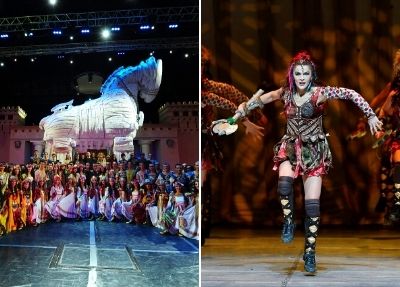