When you book with an account, you will be able to track your payment status, track the confirmation and you can also rate the tour after you finished the tour.
Sign Up
418

Manavgat Aspendos Side Tour from Belek

Would you like to know the history of the ancient land of Turkey, touch its centuries-old architectural monuments, discover the important sights of the ancient state and travel back in time thousands of years ago? Then you will like a trip Manavgat Aspendos Side Tour from Belek.

You will travel to the most interesting historical sites of the ancient cities of Aspendos and Side, as well as walking to the beautiful Manavgat Waterfall. You will see the unique natural and urban landscapes, stroll through the ruins of ancient cities of Turkey, see the monuments and relics of bygone eras and admire the amazing architecture of that time.

You will be amazed at the resilience of some of the buildings and structures constructed thousands of years ago that have endured numerous attacks.
You will enjoy the view of stunning natural beauties, explore old rundown cities, learn a lot of new and interesting things about Turkey.

Manavgat Aspendos Side Tour from Belek will give you an unforgettable experience and will leave you with memories of magnificent views of natural landscapes, the sun, the sea, a magnificent waterfall and architectural sights of ancient cities.

Please note that we do not have no hidden costs.

Price List for Manavgat Aspendos Side Tour from Belek 2022

Would you like to join another excursion in Belek? Check out Belek Fire of Anatolia Troy.

Belek to Manavgat Aspendos Side

Around 9:00 a.m., a comfortable bus will pick you up at the hotel and you will have a fun journey. Your excursion will start with a visit to the famous Manavgat Waterfall, one of the most popular and popular tourist attractions for beautiful photos. White foamy water rushing over the rocks in a strong current, clean cool air and beautiful landscapes of this area will leave an unforgettable impression on you. Not far from the waterfall you can relax in the shady garden.

After a walk by the waterfall, visit the town of Aspendos and visit the world-famous amphitheater, one of the well-preserved theaters of antiquity with a capacity of 17,000 people. You will see many ancient stone structures that have survived to this day and were built using a special technology of that time. Aspendos will amaze you with its size, you will briefly be transported back in time and put yourself in the place of people of that time who sit and watch with bated breath the bloody battles of gladiators.

After visiting the amphitheater, take a break for lunch and rest a little. After that, continue your journey with renewed vigour.

Next, take a stroll through the ancient city of Side. She will immerse you in an ancient era. The entrance to the city is through a gate built by the ancient Greeks and decorated with towers. Side is famous for its unique buildings and monuments. You will see a theatre, a triumphal arch, streets with columns, the Temple of Apollo, an old street with fallen columns.

You will see how people lived then and what has survived after wars, earthquakes and fires in these parts. You have 1 hour to walk the old streets of Side. Around 5.30pm the bus will take you back to your hotel.

The most beautiful Manavgat waterfall is one of the symbols of the country. The snow-white streams of water falling from a great height offer you a picturesque picture.

This wide waterfall, about forty meters long and at the same time very low, about three meters high, is a truly unique sight. The pleasant murmur of its water fills the soul with peace and tranquillity.

The waterfall is surrounded by a low forest that looks very picturesque. Observation platforms are also equipped here. You can see the emerald turquoise waters of the Manavgat mountain river from them.

On the territory there are a large number of fish restaurants, souvenir shops and places for recreation.

Sitting in the restaurant under the shady trees, you can enjoy the sound of the water and the incredibly beautiful view of the waterfall.

Aspendos is a place where buildings and even stones remind of the distant times of antiquity. You will visit the majestic ancient buildings. Here you can see what is missing in other cities – ancient ruins that can not only be examined but also touched and thus transported for a moment to another time. You will see with your own eyes the theater that was built in the 2nd century. It is fairly well preserved to this day. It has 39 rows of steps, 96 meters long and is designed for the simultaneous participation of 17,000 spectators. It deservedly has the status of the largest ancient theater.

Such a majestic structure is sure to amaze and amaze you, and the natural landscapes surrounding Aspendos will delight the eye.

To replenish your strength, you will be offered a hearty lunch consisting of traditional Turkish cuisine. Drinks can be purchased at an additional cost.

Side is situated on an unusually picturesque promontory, lapped by the clear waters of the Mediterranean Sea. The city’s name in translation “pomegranate” is a symbol of fertility. There is a legend that once Cleopatra and Marc Anthony made an appointment in Side. Therefore, this place is very popular among lovers.

Side is a city with a long history. Many people lived on these shores: the Greeks, the Romans, the Byzantines and the cruel Mediterranean pirates.

The city reached its heyday during the reign of the Roman Emperors. Around the second century BC. Most of the preserved monuments are from this period and there are a lot of them here. Side is one of the most important archaeological zones in Turkey, you could say an open-air museum.

You can literally touch the ancient artifacts and feel like a resident of Great Rome. This city is simply strewn with ruins – the amphitheater, the Temple of Apollo, the necropolis, the ancient market (agora).

You will have the opportunity to independently choose a route for a walk around this wonderful city, feel its powerful energy and return to your hotel on a comfortable bus around 5.30 p.m., with many delightful emotions and impressions.

What is included in the price of Excursion to Manavgat Aspendos Side from Belek?

Tour price to Manavgat, Aspendos, Side from Belek includes transfer from your hotel and back, insurance, professional English speaking tour guide, lunch.

What is the price of Excursion from Belek to Manavgat Aspendos Side?

How long is the trip from Belek to Manavgat Aspendos Side?

Excursion from Belek to Manavgat Aspendos Side lasts from 9.00 to 17.30. Total tour time is approximately 10 hours. 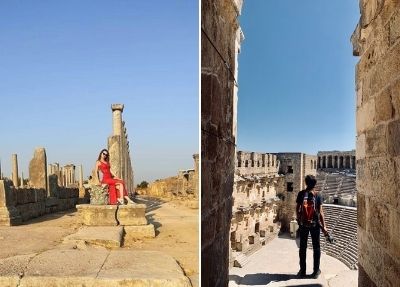 Perge Aspendos Side Tour from Belek 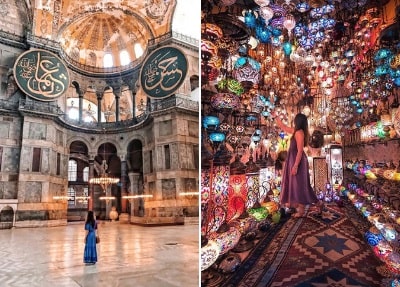